In a 2014 profile in The Daily Beast, Adam Sandler opened up about his time at “Saturday Night Live,” and his hurt feelings when he and fellow cast member Chris Farley were unceremoniously fired from the show in the mid-1990s.

Two decades later, the two are considered comedy gods for an entire generation, yet when they were on SNL, they were the leads of a cast that drew very poor reviews and even worse ratings.

“We kind of quit at the same time as being fired. It was the end of the run for us. The fact that me and him got fired? Who knows. We were on it for a few years, had our run, and everything happens for a reason. We kind of understood because we did our thing. It hurt a lot at the time because we were young and didn’t know where we were going, but it all worked out.”

A year later, during an appearance with Conan O’Brien, Sandler opened up about his anger towards NBC at the time and how, in a very small way, he got back at them.

Not long after he was fired, NBC came calling to see if Sandler would appear on Conan’s then-show, “Late Night with Conan O’Brien.” Sandler was still steamed about the firing at the time, and put in a very 1990s request in order to make the appearance.

“You tell them, I will do Conan’s show, but they have to buy me a fax machine,” Sandler recalled telling his agent. 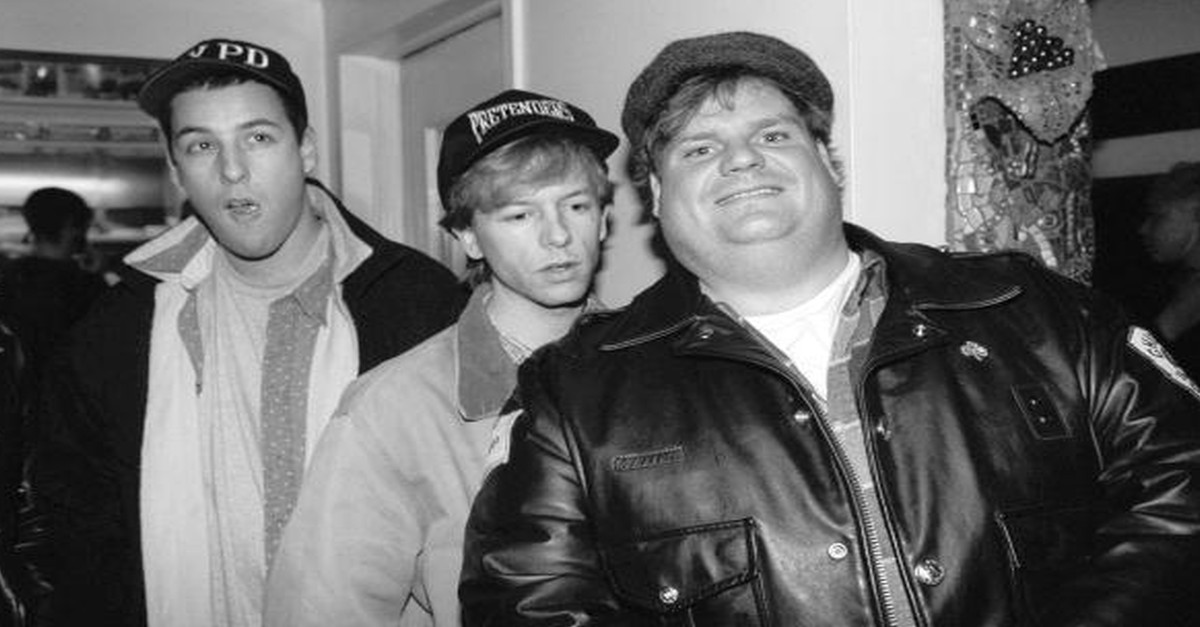