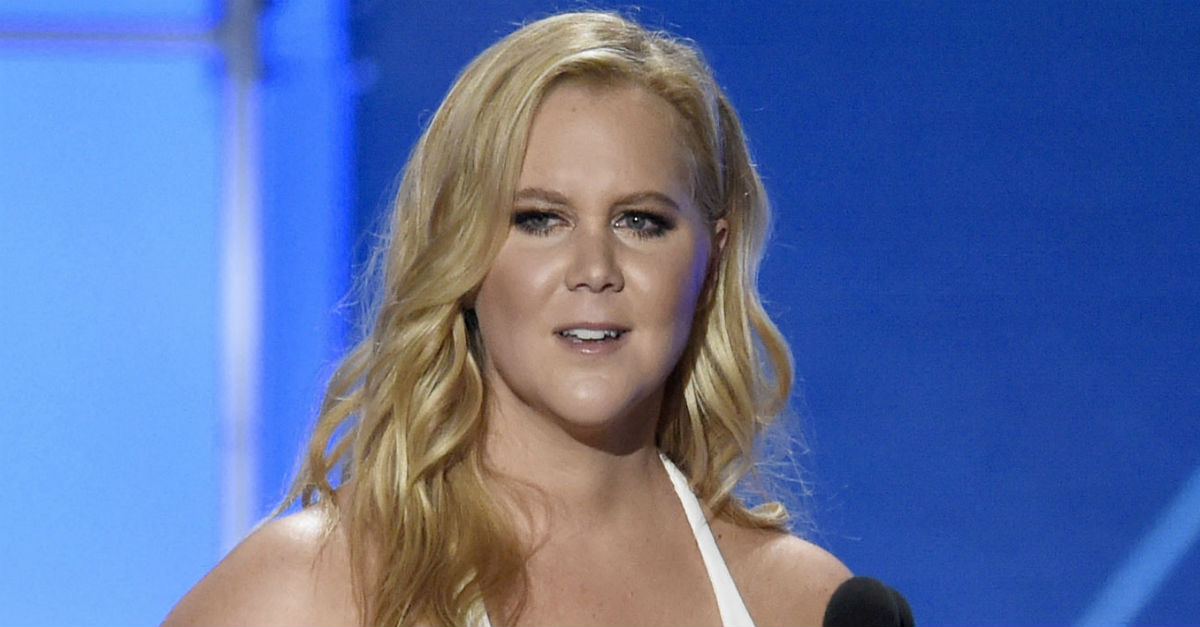 Photo by Chris Pizzello/Invision/AP, File
In this Jan. 17, 2016 file photo, Amy Schumer accepts the Critics' Choice MVP award at the 21st annual Critics' Choice Awards in Santa Monica, Calif. The 2016 election has provoked a visceral, intense response from many in the arts community, prompting songs, videos and uncommon ferocity against Trump, arguably once one of their own. During one of her shows, Schumer called him an "orange, sexual-assaulting, fake college-starting monster,” and her diatribe caused some to walk out. (Photo by Chris Pizzello/Invision/AP, File)

Even though her last special received mixed reviews, Amy Schumer is still seen by many as the golden girl of comedy. She regularly sells out arenas and her provocative brand of comedy seems to resonate with a lot of women. However, the 35-year-old comedian has been accused of stealing jokes on several occasions.

RELATED: Amy Schumer responds to the internet campaign to bring down her latest special

In fact, there are so many instances of her pulling jokes from other comics that it’s almost impossible to argue that she didn’t lift at least one bit. Segments of her set and her show, “Trainwreck,” have been eerily similar to pieces by Wendy Liebman, Kathleen Madigan and Tammy Pescatelli.

Now, a new video purports that Schumer sneaked a joke from comedian-turned-actor Zach Galifianakis. Both Schumer and Zach bragged that they were “well-read” and the setups to their one-liners were similar. She has said that she admires Galifianakis but has not commented on the possibility that she stole one of his jokes.

RELATED: The ratings are in for Amy Schumer’s Netflix special and it looks like the golden girl of comedy has lost her touch

In the past, Schumer has denied allegations that her jokes were taken from other comics, but it’s unlikely that we’ve seen the end of this story.