Amy Schumer was asked a simple question about her “Trainwreck” co-stars, and you might wish that she had pleaded the Fifth instead.

In an appearances on “Watch What Happens: Live,” Schumer was asked to play a game that a lot of people have probably tried at some point: fuck, marry, kill. The participants in this game for Schumer were Bill Hader, John Cena and LeBron James, all of whom were in “Trainwreck” with Schumer.

RELATED: One girl bravely let Amy Schumer take over her Tinder and we’re not sure she got any dates

When they try to explain that this isn’t how the little game works, Schumer clarifies.

“I’m going to fuck, marry and kill him.”

Now, the only thing concerning about this? She didn’t exactly specify which order she wanted to do that in.

RELATED: You’ll never look at John Cena the same way after this video

“That’s my business! I was told there were no follow-ups.”

Well, watch out, John! We don’t need you getting hurt — or killed, for that matter — before you make your return to WWE on Memorial Day. 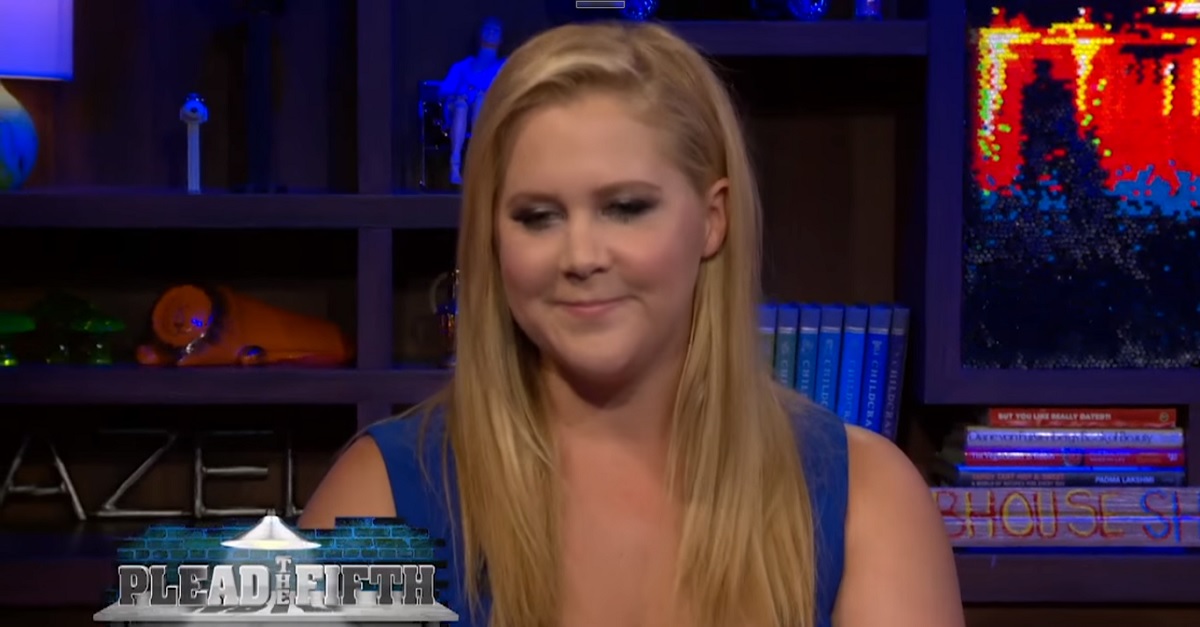