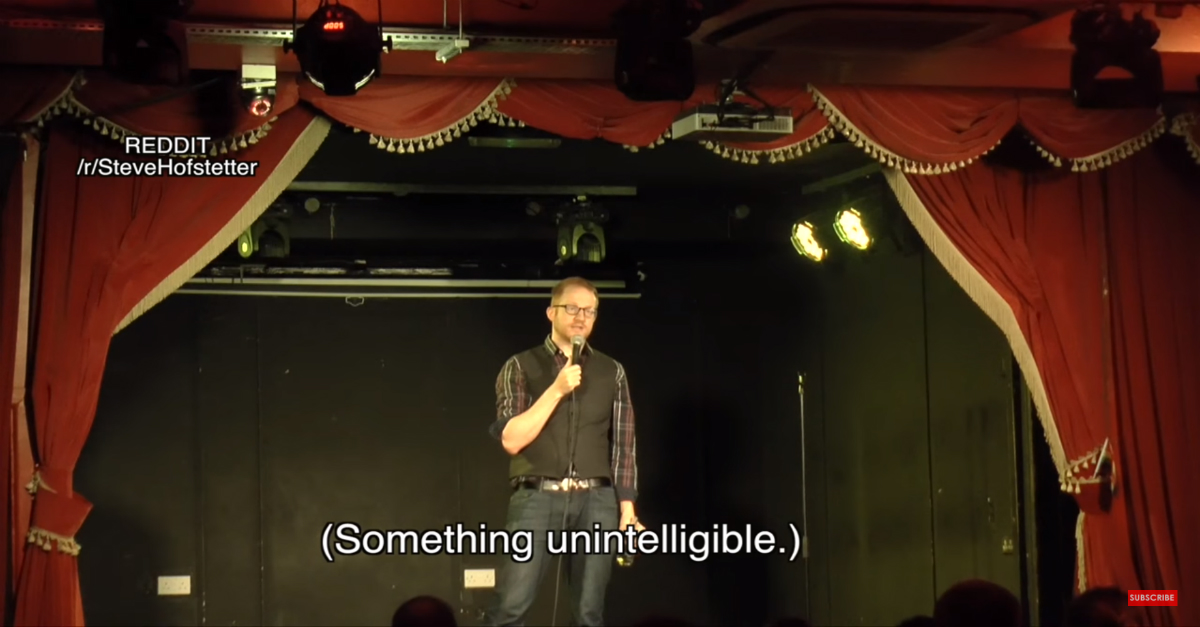 American stand-up comedian Steve Hofstetter was recently performing at a comedy show in Ireland where he had to deal a particularly obnoxious audience member.

RELATED: A stand-up comedian has devised a genius method for dealing with children at his shows

Mr. Obnoxious continued to yell nonsense at Hofstetter, and didn’t seem to realize that he was being owned. But Hofstetter is a true professional who knows how to deal with people who want to make the show about them. He took in his stride, and no matter how many times the heckler heckled, Hofstetter shut him down.

“You don’t have to shout everything that comes to mind,” Hofstetter told the heckler.

You can watch Hofstetter’s special “Ginger Kid” for free below.