Australian radio hosts Hamish & Andy recently decided to see if one of them could have a conversation without listening — and the outcome was surprisingly hilarious.

RELATED: These Australian radio hosts called a random number to get a job reference and ended up finding the best guy ever

Andy called his mom and attempted to hold a conversation with her. The catch is that he isn’t able to hear a single word she’s saying. Instead, he has to rely on Hamish, who is able to hear both sides of the chat, and mimes potential responses for Andy to say to his incredibly patient mother.

It’s very difficult to explain, but trust us when we say that it’s absolutely brilliant.

And Andy’s mum is so nice she’ll make you wish she was your mom. 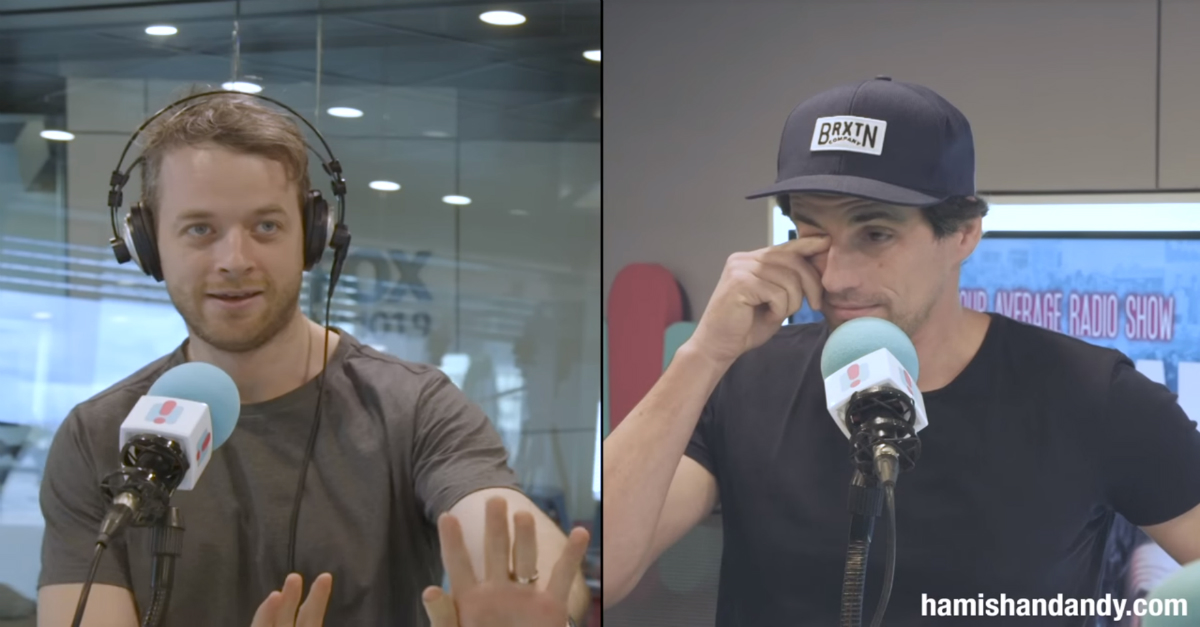