Australian comedy band Axis of Awesome proved a few years ago that all the songs we love are basically the same. A clip of them performing their “4 Chord Song” quickly went viral. In the opening, keyboardist Benny explains that the reason the group has never enjoyed “a hit” is because they’ve never written a four-chord song.

RELATED: He wanted to cover “The Devil Went Down to Georgia” by all he had was his guitar and a noisy washing machine

“All the greatest hits from the past 40 years just use four chords,” Benny says.

When the other band members brush of his theory as ridiculous, the keyboardist launches into Journey, then Jason Mraz. The rest of the band begins singing at the opening of the chorus to Elton John’s “Can You Feel the Love Tonight.”

RELATED: This parrot singing Rihanna is the everything we ever wanted from pop culture

Though they’re a comedy group and might not look like much, these guys have the kinds of pipes that will give you goosebumps. 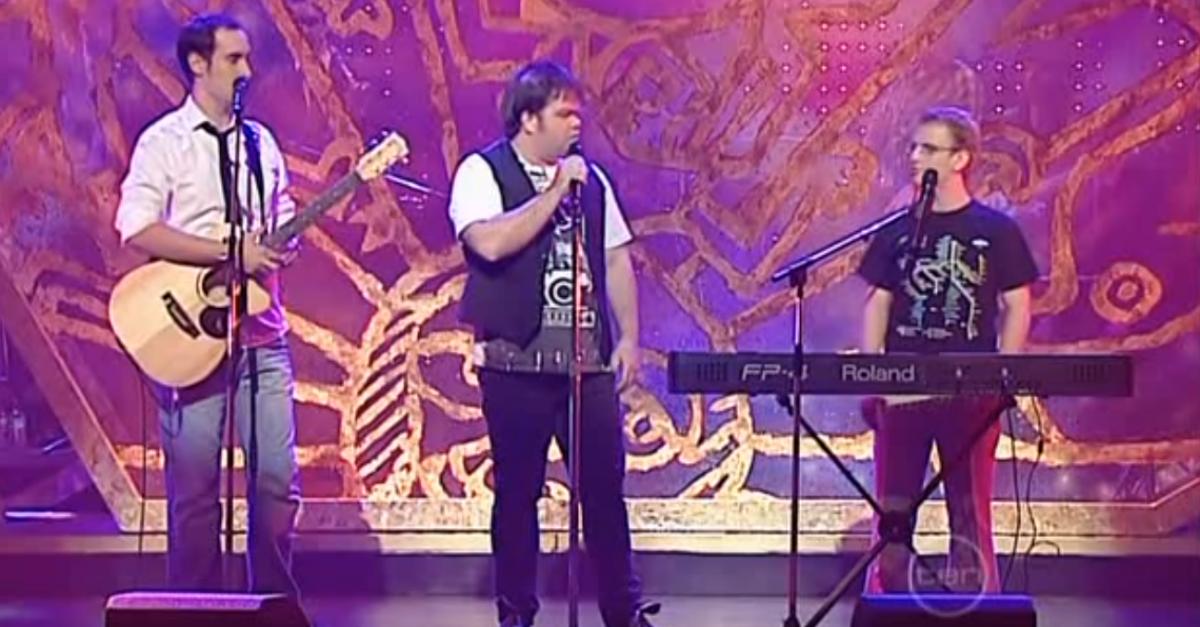