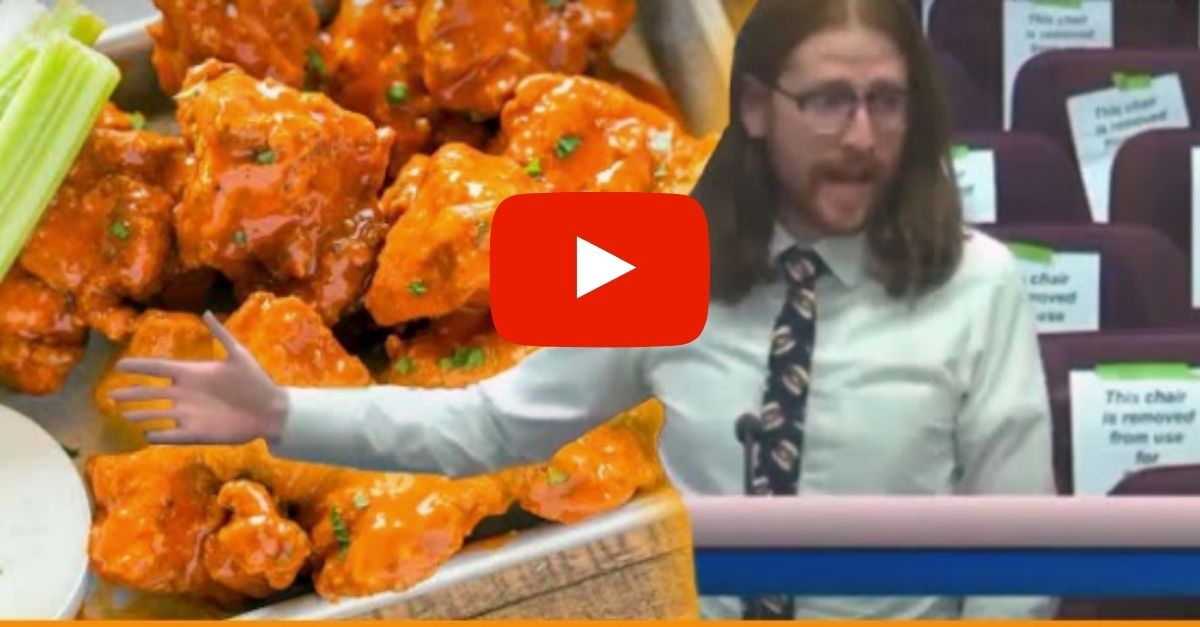 We all know that there is a lot going on in the world right now that has a lot of us worried. First off there is this coronavirus pandemic that has been going on for what feels like two years, the upcoming election that has several worried, and the massive protests against police brutality that are still happening to this day. But this man, this is Nebraska man called Ander Christensen, wanted to speak to the city about something far more important: chicken wings.

I don’t blame him,chicken wings are pretty much the best thing on earth. You can get whatever flavor you want, and you know that they’re always going to be delicious. So he decided to put his foot down and asked the Lincoln City Council for one thing only. He stated, “I go into nice family restaurants and see people throwing this name around and pretending as though everything is just fine. I?m talking about boneless chicken wings.”

Yes, this chicken fanatic argued during a City Council Meeting that boneless wings are not wings at all, and as a wing aficionado myself, I have to say I kind of agree with him. Of course, the public comment is clearly played for laughs, but his points still remain convincing nonetheless. You could even here some council members and audience members laugh. During the passionate speech he stated,

“I propose that we as a city remove the name boneless wings from our menus and from our hearts. These are our reasons why: Number one, nothing about boneless chicken wings actually comes from the wing of a chicken. We would be disgusted if a butcher was mislabeling their cuts of meats, but then we go around pretending as though the breast of a chicken is its wing? Number two: Boneless chicken wings are just chicken tenders, which are already boneless. I don’t go to order boneless tacos. I don’t go and order boneless club sandwiches. I don’t ask for boneless auto repair. It’s just what’s expected.

As I said, he’s pretty much a genius, a social leader even. The whole video is definitely worth a watch and very appreciated. I would love to attend other Lincoln City Council meetings. But what I loved most about this is his suggestion of alternative names for what we can call the boneless chicken wings including saucy nugs, wet tenders, or my personal favorite, trash. I have to give it to this man for making us laugh in times like these. Keep doing what you’re doing Ander, know that if you need someone to sign your petition, I promise I will be the first person to do it. People like you make the world go round, my friends. This is the true meaning of politics.

Off to get some tasty buffalo-style chicken wings, now.