If you don’t know, Andy Serkis is the incredibly talented actor who played Gollum — Serkis’ motions were captured by computers, after which the CG-animated Gollum was placed over his recorded actions, and Serkis was also the voice of Gollum — in the “Lord of the Rings” franchise, based off the classic books of J.R.R. Tolkien. Serkis has won countless awards for his performances, and he’s played a variety of different roles. But he’s never played a president — until he went on “The Late Show with Stephen Colbert.”

The show’s host, Stephen Colbert, is famously a huge Tolkien nerd, so it’s not particularly surprising that he encouraged his guest to read out President Trump’s tweets in the voice of Gollum, his most famous character — a challenge that Serkis was more than happy to accept.

To the joy of the studio audience, Serkis climbed up on his seat and assumed the recognizable Gollum pose and then began reading some the president’s more sinister sounding streams of verbal diarrhea.

Serkis was on the show to promote “War for the Planet of the Apes,” the latest installment in the rebooted “Planet of the Apes” franchise, for which he supplies the voice and motions of Caesar, the leader of the apes. 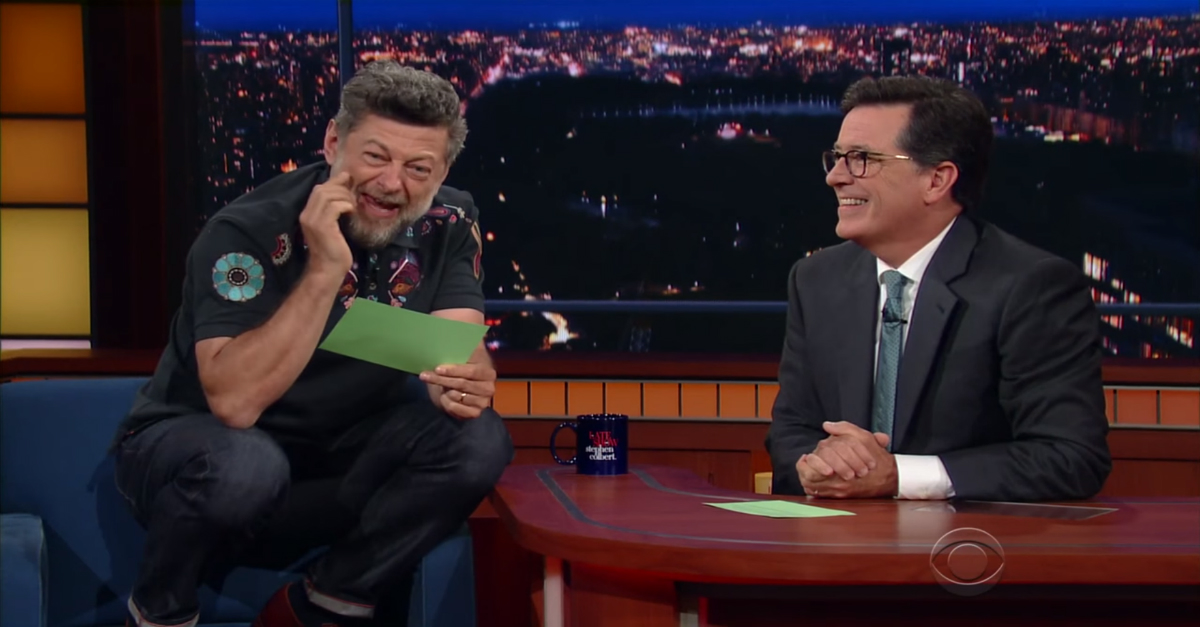