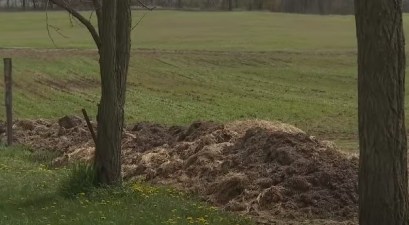 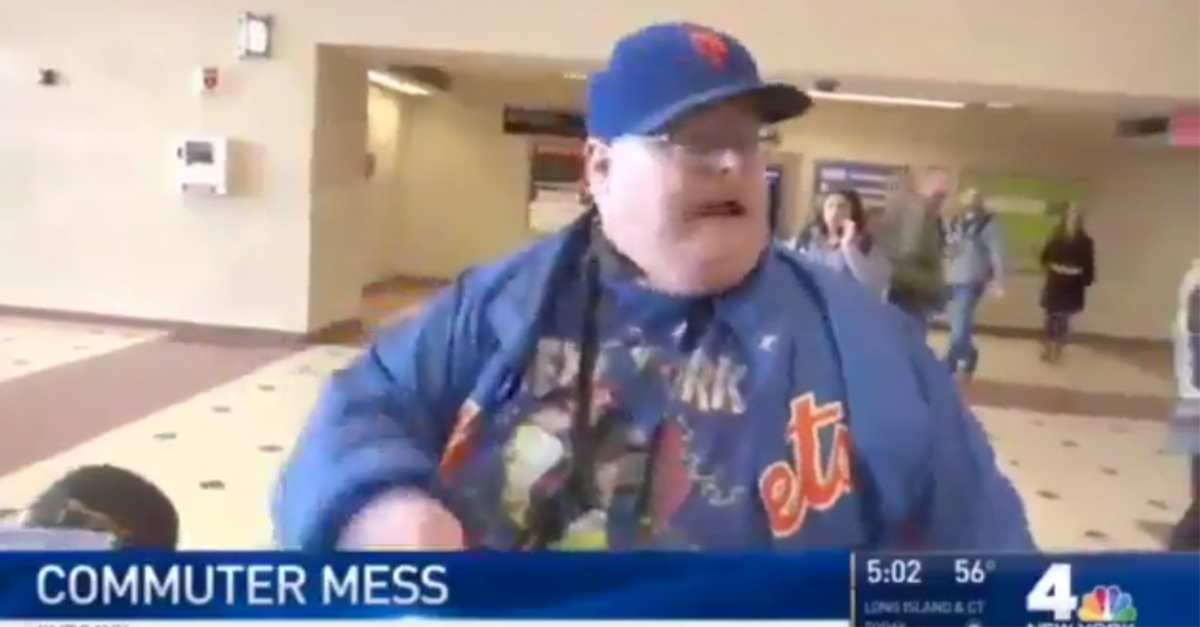 Prior to Monday afternoon’s New York Mets game against the Atlanta Braves, thousands of ticket-holders had their trips to the ballpark delayed. Due to a train derailment shortly in the 9:00 a.m. hour, NJ Transit train service was suspended in and out of Penn Station in New York City. This caused many fans to be rerouted to different forms of transportation in order to get to Queens.

RELATED: Burglar gets a rude awakening when the homeowner caught him in the act

One of those fans was Frank Fleming, dressed head to toe in Mets gear and piping mad.

“New Jersey Transit is the absolute worst! I’m not going to get to my game now because they are incompetent,” Fleming yelled to NBC cameras.

“They tell us Track G, Track H, Track D, Track E. I got on Track H, and they said this train’s not running. Their announcement is wrong.”

According to Fleming, Mets Opening Day is a special day every year, and he has only missed one since 1998.

Fleming later confirmed to NBC that he made it to the game.

A day after Fleming’s tirade and the Mets’ victory over the Braves, the Queens man had become a viral sensation.

In an interview the day after the game, Fleming explained his strange feelings about his viral hit.

“I can’t believe it, it’s just like everywhere I look.”