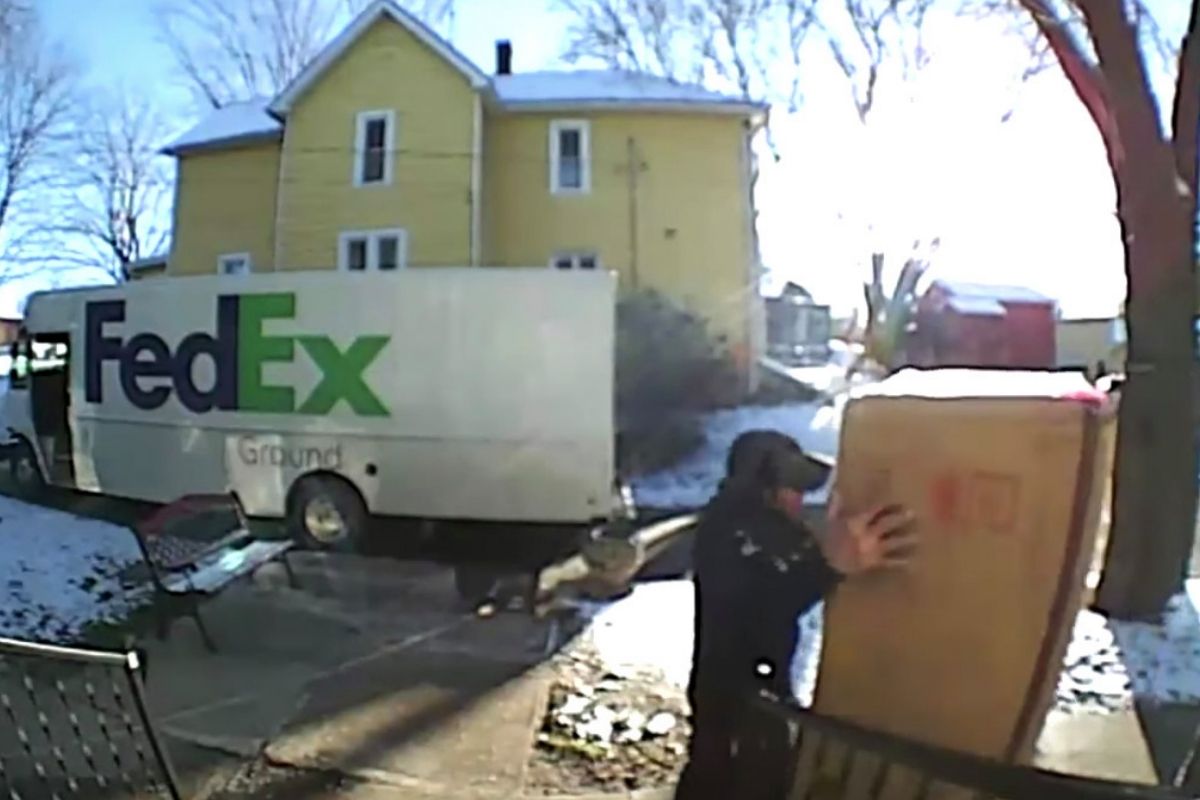 The holidays are, undoubtedly, a brutal time to be a delivery driver or postal worker. Every FedEx and UPS delivery dock is probably like the famous I Love Lucy scene with the chocolates and the conveyor belt, except the chocolates all weigh between twenty and a hundred pounds and instead of choking on candy the overworked delivery people are being crippled by back pain.

One FedEx driver in Mayville, Wisconsin was feeling the holiday stress big time. He was at a home to pick up and return a damaged, 140-pound couch from Wayfair, by himself, and absolutely lost it trying to singlehandedly lug the large piece of furniture into his truck.

Like everything else nowadays, this was all, of course, caught on camera.

A Tough Day at Work!

1. At least he’s getting a good workout? No extra holiday pounds for this guy. Most people have to pay a hundred bucks a month to lift as much as him.

2. No one should be judging this man. It is the God-given right of every hard laborer — construction workers, sailors, lumberjacks, miners, oil workers, truckers, and so on — to have a filthy mouth and curse on the job. It’s not okay for a worker to verbally accost or catcall someone else, or to start dropping F-bombs in front of kids or something, but assuming they’re alone or in appropriate company, these hard-working people should be able to use pretty much every colorful word in the rainbow of profanity.

Who among us hasn’t lifted something that was 140-pounds and not wanted to scream “F*** S*** C*** B**** C***S*****”? It’s the worst. Anyone who hasn’t wanted to scream the worst words in the English language while lifting a couch is either a liar or has never lifted a couch.

Editors Note: This article was originally published on December 11, 2019.