Wild animals can freak some people out. We aren’t used to being around animals that aren’t domesticated, so sometimes our fear trumps our curiosity.

Steve Harvey gave a perfect demonstration of this when he had Jeff Musial “The Animal Guy” on his show.

Steve is a bit hesitant with most of the animals Jeff Musial brings on the show. His reactions are just what you’d expect from him and the entire audience erupts in laughter.

The first animal out was a little monkey. Steve was afraid that it was going to jump on him. He calmed down and fed the little fellow some grapes from a distance. However, the next creature Jeff brought out nearly led to Steve getting confrontational with the handler. Anyone who hates spiders will understand his reaction. The talk show host kept jumping back further and further each time it was brought near him.

Steve’s body language is hilarious. He doesn’t want to be anywhere near these animals! You can see that video below.

On another episode, Jeff brought on an exotic animal called a kinkajou to meet Steve, but the talk show host kept quite a distance from the little animal. He even ran away.

When Jeff asked Steve if he wanted to hold the kinkajou, Steve emphatically answered, “I do not want to hold it!” Steve didn’t want to be anywhere near that animal! But, the best part of the video is at the end when Jeff swings the kinkajou towards Steve. Steve takes off like a little boy!

Watch the video below for a good laugh! 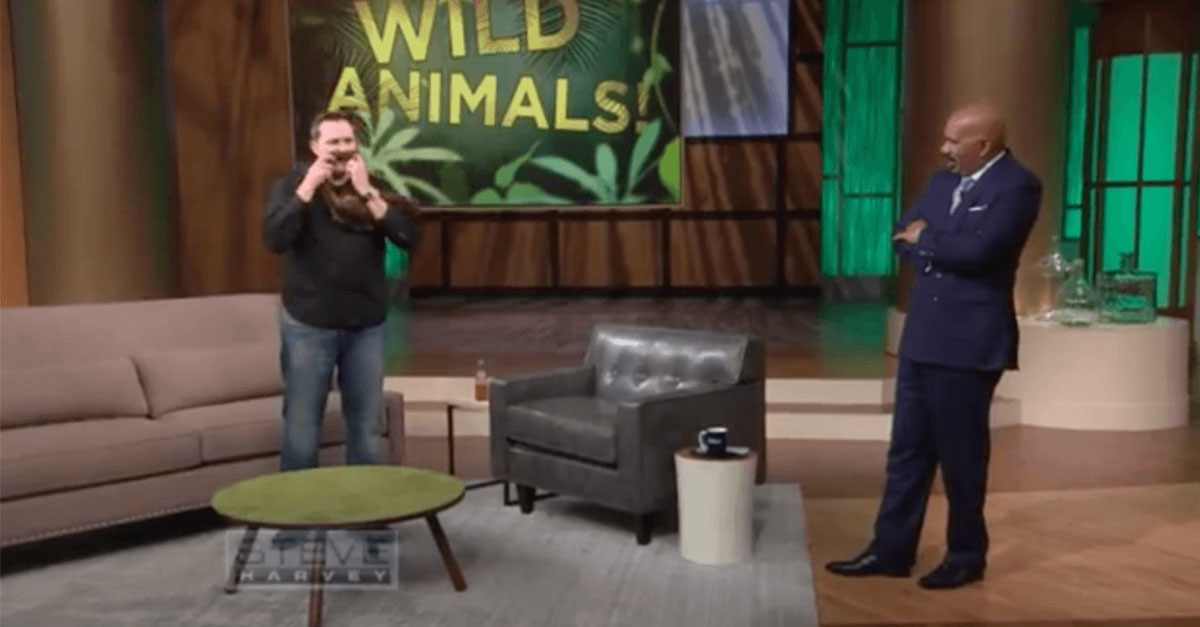