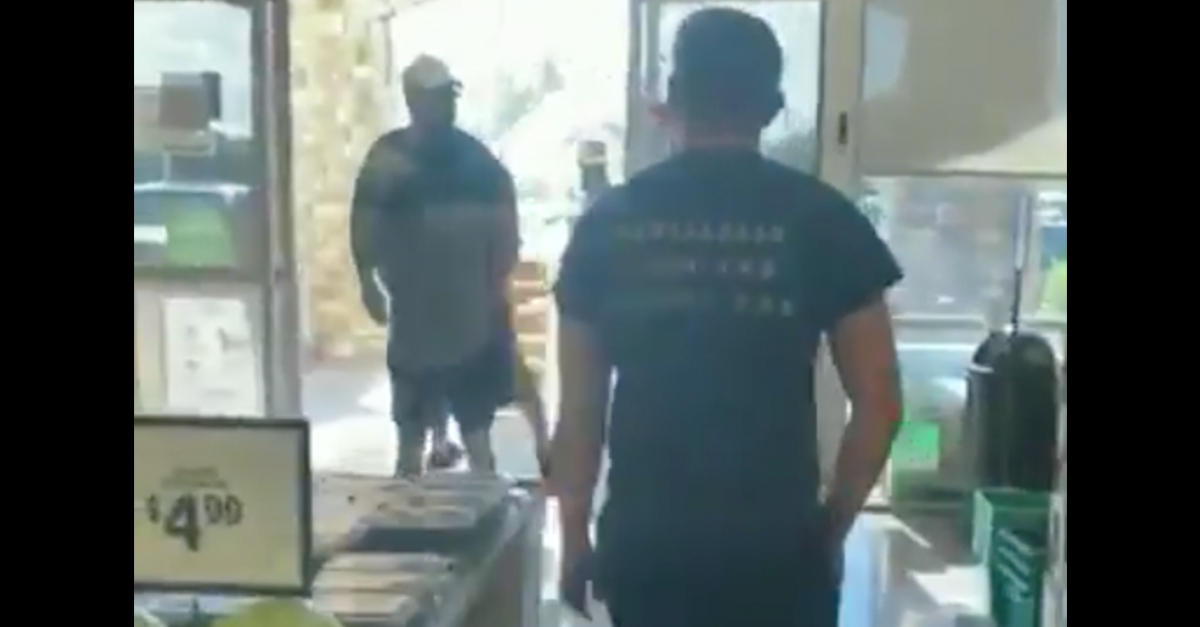 A wildly enthusiastic anti-mask proponent in Tuscon, Arizona was filmed going full angry toddler on store employees and other customers who weren’t man enough to walk around with their faces uncovered like this tough guy.

The man, who was accompanied by at least one son, has maybe hated face masks more than any other face mask truther ever caught on film. Just look at this guy. He was so furious he had to be carried out of the store by his kid. Real “World’s Best Dad” material, here.

Anti-masker in Tucson, AZ throws a tantrum and has to be carried out by his own son pic.twitter.com/ggo4I968aL

Here are a few choice quotes from the man:

“You’re a bunch of idiots wearin’ masks you know it’s not real.”

“Look at your fools you got a f*ckin’ doily on your face retard!”

“I’ll beat that f*ckin’ mask off your face like a f*ckin’ retard.”

“F*ckin’ pussies! You’re all a bunch of pussies wearin’ masks!”

You kind of wonder if he’s going to get fired if his employer sees this. Not because of the bad language or threats of physical violence, but just because who would want to employ anyone this dumb. Feels like a bad move.

“Hey boss, Dave is pooping in his hand and throwing it at customers again because one of them is wearing a Woodstock t-shirt and he hates hippies.”

It’s also worth mentioning that COVID-19 is very real. And masks are not an inconvenience. Every single day I have my mind blown by people who act like putting on a mask is basically the same as a mob throwing them into a jail cell to await a sham trial and subsequence execution at the guillotine.

What if nudists did this about wearing clothes in public?

I now want nudists to do this about wearing clothes in public. Just walk into a grocery store, start calling everyone fabric slaves and threatening to fight store employees while their stuff flops around. Let’s get that going.