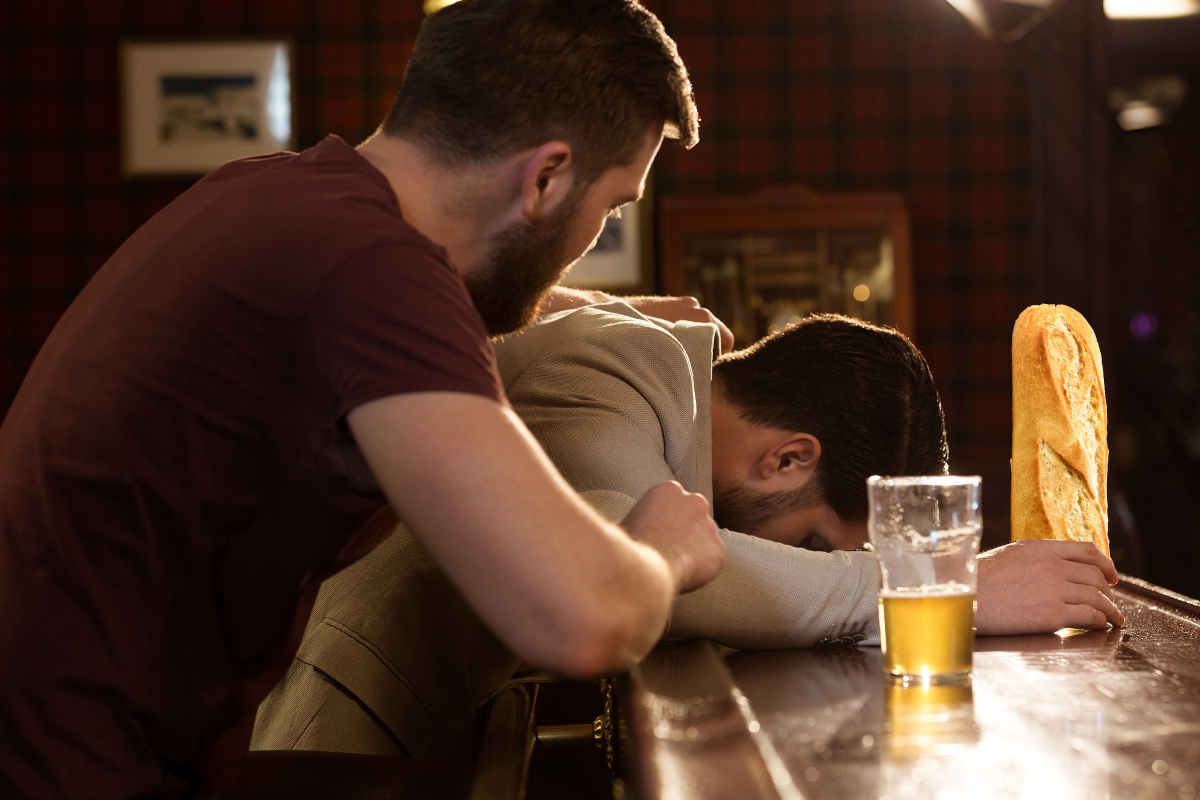 What a nightmare. A 46-year-old American man who otherwise is remaining anonymous took some antibiotics after a thumb injury to prevent infection and the medicine changed the chemistry in his stomach so that every time he ate carbs the food got turned into alcohol and he got drunk. He had no idea. For years.

Sure this is a dream come true if you’re a broke college kid. Head over to the convenience store, spend eight dollars on bread and noodles, make yourself some toast and spaghetti, then go rage. And if you need a little pick me up in the middle of the night out you can blast a few rails of flour. For an adult trying to live their life, though? Getting drunk every day, on accident, with no clue as to why they’re shit-housed like clockwork by 2 P.M. is a living hell.

It all came to a head when the man was pulled over one morning and arrested for a DUI. His blood alcohol level was consistent with what a person’s BAC would be after drinking ten(!!!) alcoholic beverages. The man insisted again and again that he hadn’t crushed most of a 12-pack of Miller for breakfast but, of course, the police and the hospital staff were like, “Yeah sure thing Drunky McTrashperson. Be responsible for once in your life and take your DUI like a man.”

Finally they tested his poop, had him eat some carbs, took his BAC again, and figured out he had what is called “auto-brewery syndrome” or the “drunkenness disease”. This was all thanks to taking the antibiotic cephalexin, which “resulted in a change in his gastrointestinal microbiome allowing fungal overgrowth.”

The man is more or less back to normal now and no longer getting drunker than an Irish sailor on spring break every time he eats a club sandwich.

Watch: This Southern Brewery Serves up Beer Made With Pizza