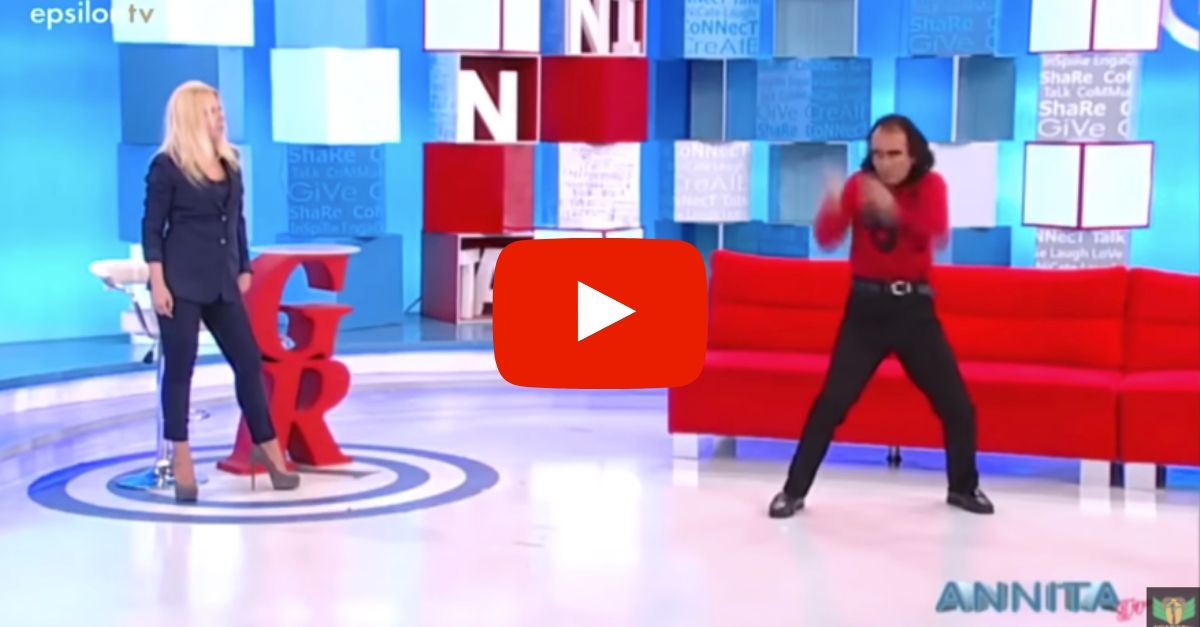 Bruce Lee will always be one of the best martial arts experts, and I don’t know many people that can do kung fu the way he does. He will always be a true Hollywood legend and an iconic martial artist, not your typical stuntman. If anything, this Chinese legend really set the bar for Hollywood stunts and martial arts. Even though only one season aired, Bruce Lee played Kato in the 1966 version of the Marvel comic “The Green Hornet.” Also, classics he played in, such as Enter the Dragon and Fist of Fury, set the pace of how Hollywood fight scenes should be, although it’s difficult to say if any have matched up to them since.

However, this video of Antonio Lee has proven that Bruce Lee’s legacy is still being continued. This Greek martial artist, also known as the “Greek Bruce Lee,” stunned the hostess of a tv show and the audience with his very serious reenactment of Bruce Lee’s martial arts. You can just see the bewilderment on the hostess’ face, almost concerned about what’s actually happening on the show.

Antonio Lee is apparently a master of Jeet Kune Do, which translated from Cantonese is, “the way of the intercepting fist.” Jeet Kune Do is a mix of different martial arts philosophies, influenced heavily by Bruce Lee. However, it is not an official martial art. Yet, Antonio’s impersonation of the Asian martial artist may be an accurate representation of kung fu today compared to Bruce Lee’s era. And I promise it’s worth watching.

This Greek martial artist is really paving his own way to stardom with his Bruce Lee inspired moves. The video starts with the hostess speaking briefly with Antonio about the Bruce Lee scenes up on the screen. They’re clearly talking about Antonio’s impersonation of these specific martial arts, and soon after, the screen cuts to a part where Antonio is doing a real-life reenactment of them.

Next thing you know, as confused as the hostess looks at what’s actually happening in the video, she partakes in this attempt to do a real-life reenactment of the Fist of Fury legend. You can’t necessarily tell if Antonio is doing his own rendition of the movie star or if he’s trying to recreate a fight scene with the tv hostess. Either way, she goes along with it.

Maybe we can all learn from this human being’s shamelessness. His sidekick is so much higher than what most people can do, and I think it counts for something that he knows the “way of the dragon” more than most of us. Hollywood hasn’t had many people who could follow Bruce Lee’s legacy except Asian American actors Jackie Chan and Jet Li.

Maybe it’s time for another kung fu box office hit. Maybe Hollywood needs to take a look at this Jeet Kune Do master and bring him to Los Angeles. It’s time we bring back those kung fu superstars.

Watch: The Fight Scene from ?Elf? is Even More Hilarious Without the Edits