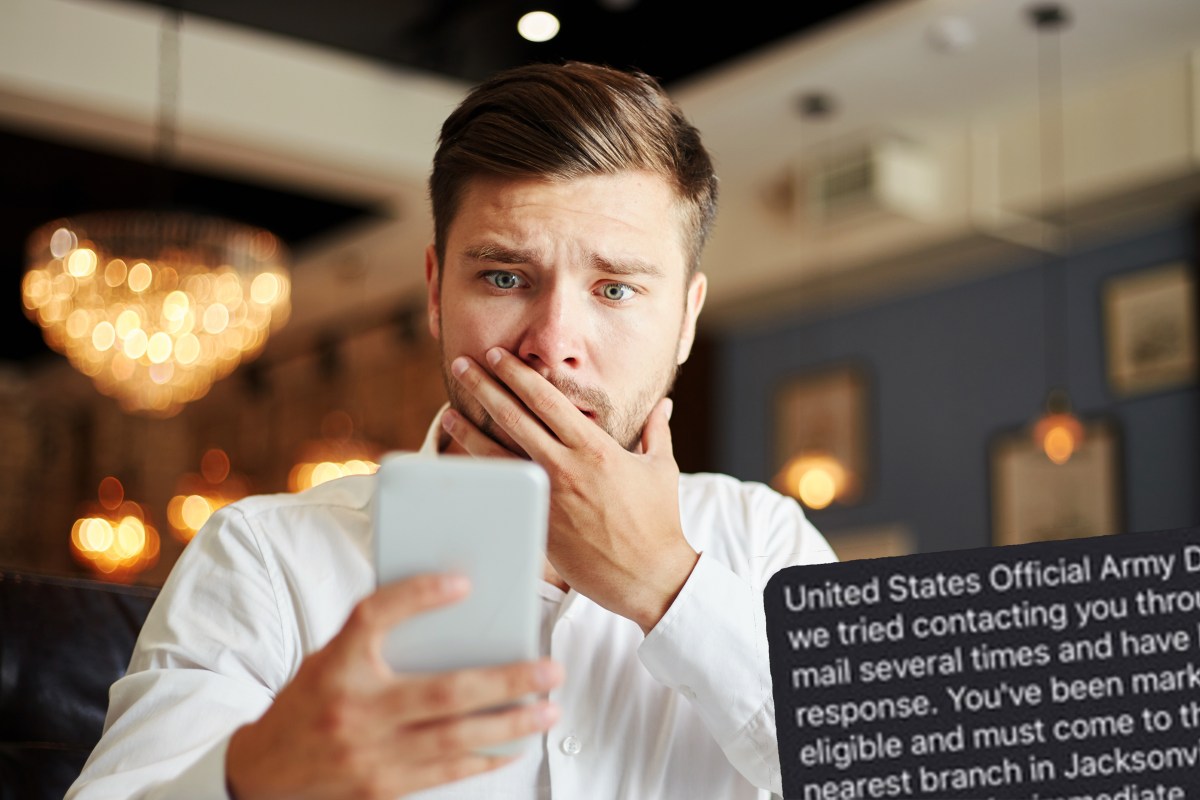 Pranksters? Hackers? Russian bots? The United States Army isn’t exactly sure who is sending out fake text messages telling people they’ve been drafted but they would very much like everyone to know that no one will be drafted and sent to Iran (or anywhere else) to Get Some.

The U.S. Army Recruiting Command has said they’ve gotten multiple texts and emails from people who were presumably saying something along the lines of, “Hi I’m really hoping this is a joke because I enjoy my life filled with Cheetos and not pooping in a four hundred degree Fahrenheit vertical coffin so please for the love of God tell me I haven’t been drafted.”

Recruiting Command shared the texts on their Twitter account, which claim that the Army tried to contact the recipient of the text through mail and other means several times before finally sending them a “u up… for war?” texts.

Fact check: The @USArmy is NOT contacting anyone regarding the draft.

Text messages currently circulating are false and are not official Army communications.

The prank, or whatever you want to call it, comes on the heels of heightened tensions between the United States and Iran after the U.S. killed Qasem Soleimani, one of Iran’s top military commanders in a drone strike because of his involvement in countless terrorist attacks throughout the Middle East, including many that have killed and wounded American soldiers.

Although this particular draft trolling was probably carried out by some branch of Anonymous or Russian hackers or something, I have to say, it’s a pretty solid prank anyway. I would absolutely get some giggles from sending this to my most liberal, tree-hugging friends. Or, even better, my most anxious friends. They’d need a Xanax suppository the size of a thermos. (Note: I also very much am not in the mood to go get shot at on the side of some God-forsaken Iranian mountain.)

Watch: Generals Say Most Young Americans are Too Fat or Dumb To Serve