Googly eyes were the stuff of childhood art dreams.

RELATED: A mysterious dinosaur-like creature that was found in a subterranean lair in India

Got a picture you wanted to crank up a notch? Slap some eyes on it. Your lion cartoon looking a little lifeless? Googly eyes. Want to make your elementary crush know with no uncertain terms they’re the apple of your eye? Drop some googly eyes on those paper hearts. Maybe not everyone went wild with the googly eyes in their youth, but when was the last time you took them out for a spin as an adult? Well, this artist is letting the world know, it’s definitely not too late.

Artist and cosplayer Hattie Grace brought back those childhood feels and went gung-ho with the crafts on “The Great Book of Dinosaurs.”

Googly eyes add so much to dinosaur history pic.twitter.com/lgsyyfJQtl

“Googly eyes add so much to dinosaur history,” they tweeted. What once looked like any old book of visual dinosaur factoids suddenly became a drama filled scene that would give a “Real Housewives” reunion special a run for its money. A torosaurus with googly eyes looks like its giving the biggest side eye it can muster — obviously there’s  drama afoot.

With these shiny new peepers, the cartoon creatures looked as though someone had just told them there was meteor heading their way.

When a slow burn fic updates and the rating has gone up pic.twitter.com/xh8awvHZ0I

Grace wasn’t done there, however. They threw on some googly eyes on a random assortment of figurines and it’s just as hilarious as you’d imagine.

Hehehehe googly eyes are great on 'real' dinosaurs too. pic.twitter.com/geXr9dgrwp

If you aren’t inspired to hit up a craft store and stock up on some glue and eyes, well, you’re just missing out. 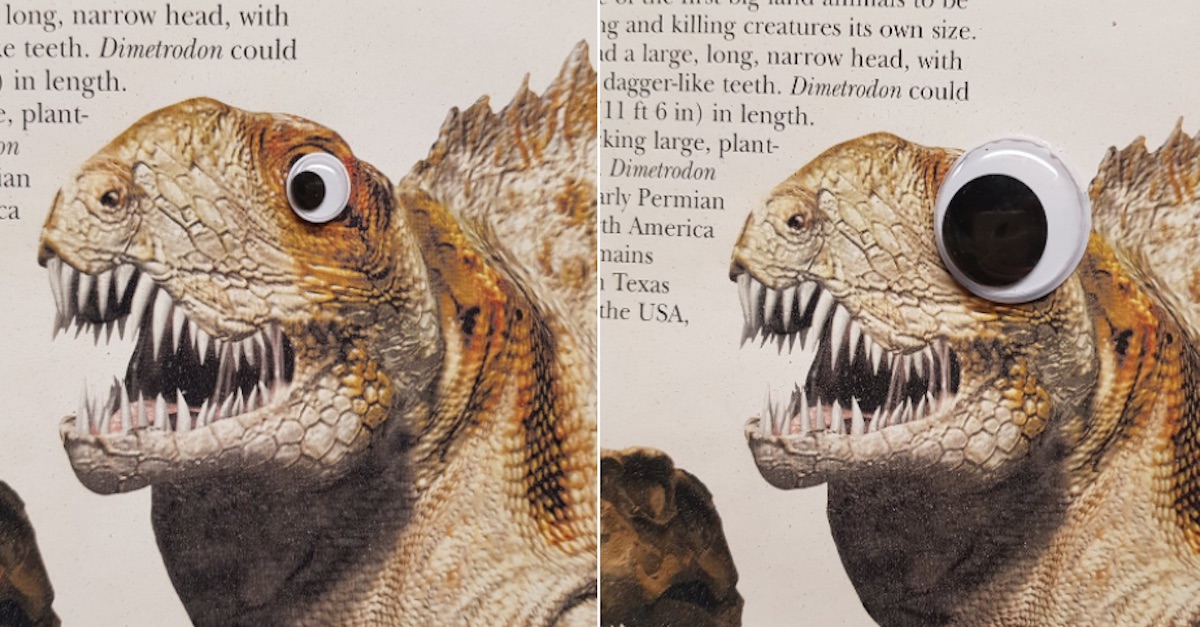