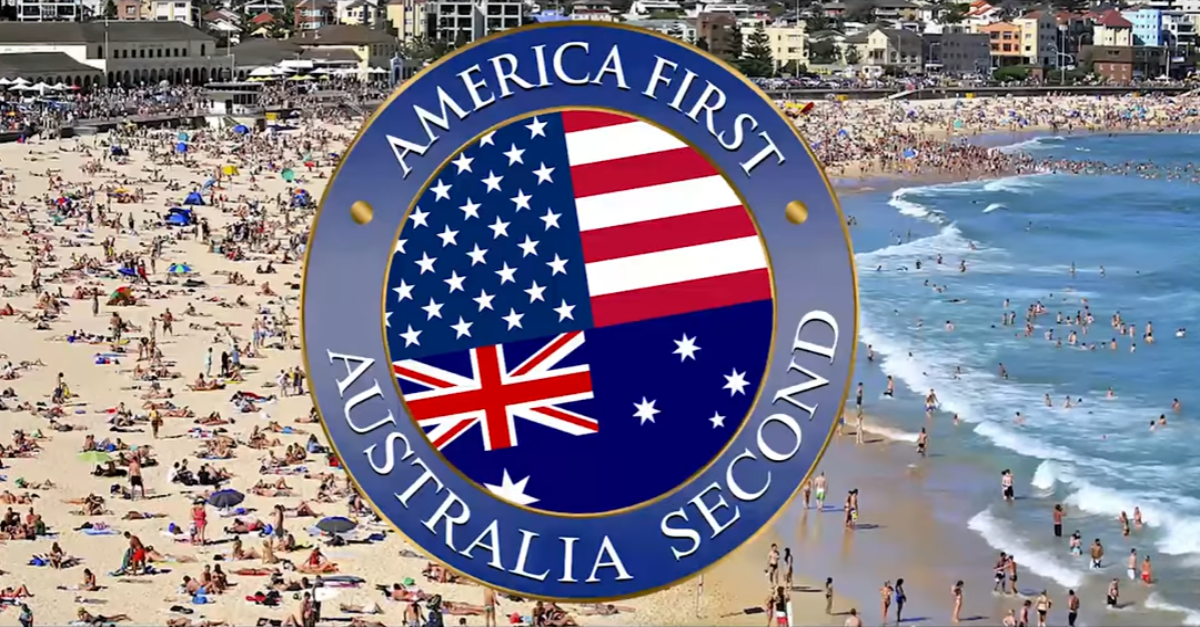 Donald Trump’s “America first” inauguration speech prompted a number of countries to ask if they can be second in line — right after America. While those videos were blanketing the internet, Australia stayed relatively silent, probably because they’re historically a very close United States ally and they figured that they were second anyway. However, then Donald Trump had a reportedly tumultuous phone call with Australian prime minister Malcolm Turnbull, and the island nation decided that it was a good time for them to throw their hat into the ring.

The video from down under begins with an apology, saying, “You don’t like Malcolm? Neither do we. He’s fired.” They also said that any time that the United States sees fit to invade another nation they’ll be there, joking, “Every time we look at our gas prices, we think the same thing you do: why didn’t we just take the oil?”

RELATED: Germany doesn’t want those other countries getting all the Trump-love so they made their own video