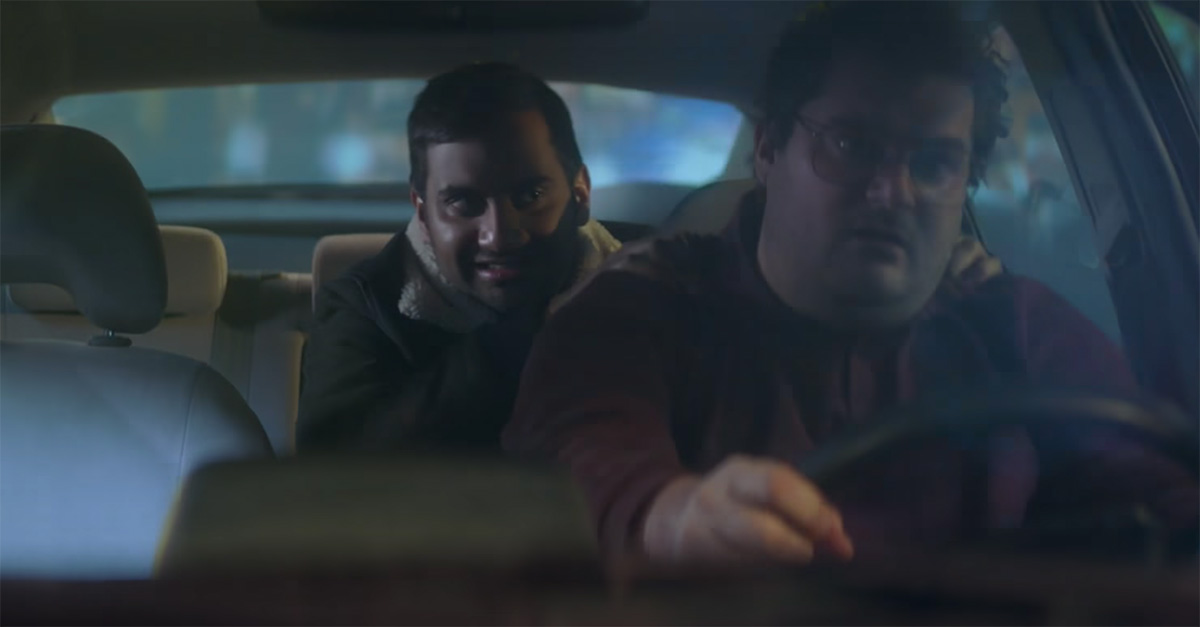 NBC/Screenshot
Aziz Ansari and Bobby Moynihan have an awkward Uber experience in this "SNL" short.

“Aziz Ansari and Bobby Moynihan star in a film about the anxieties of our too-connected world and just how important that five-star Uber rating can be,” sounds more like an award show voiceover than it does “SNL” sketch description. In the recent tradition of the show’s short indie movies like “Farewell, Mr. Bunting,” “Five Stars” works on just about every level.

Ansari is Dave, the passenger, and Moynihan is Petros, his Uber driver. Both of them just realized their nightmare of being rated at 3.9 stars, both of them are desperately trying to get that rating up, and neither of them have a clue what to do.

The inner monologues are all-too-real: Dave racking his brain for a thoughtful, original question to ask (“How long have you been driving for Uber?”), while Petros looks for a non-confrontational one before making a crash landing on “What religion are you?” Then, Dave realizes what every driver needs — a shoulder rub. Petros knows he needs to touch him back, and that means it’s foot rub time.

RELATED: Aziz Ansari explains how Donald Trump is like Chris Brown with his first “SNL” monologue

Soon, both men realize how absurd it all is, and how similar it is to that “Black Mirror” episode. Which it turns out is both of their favorite shows, even down to the same episode (“San Junipero,” which we thought was kind of a bummer). This is the moment they were looking for, even if it took some weird massaging to get there. Literally.