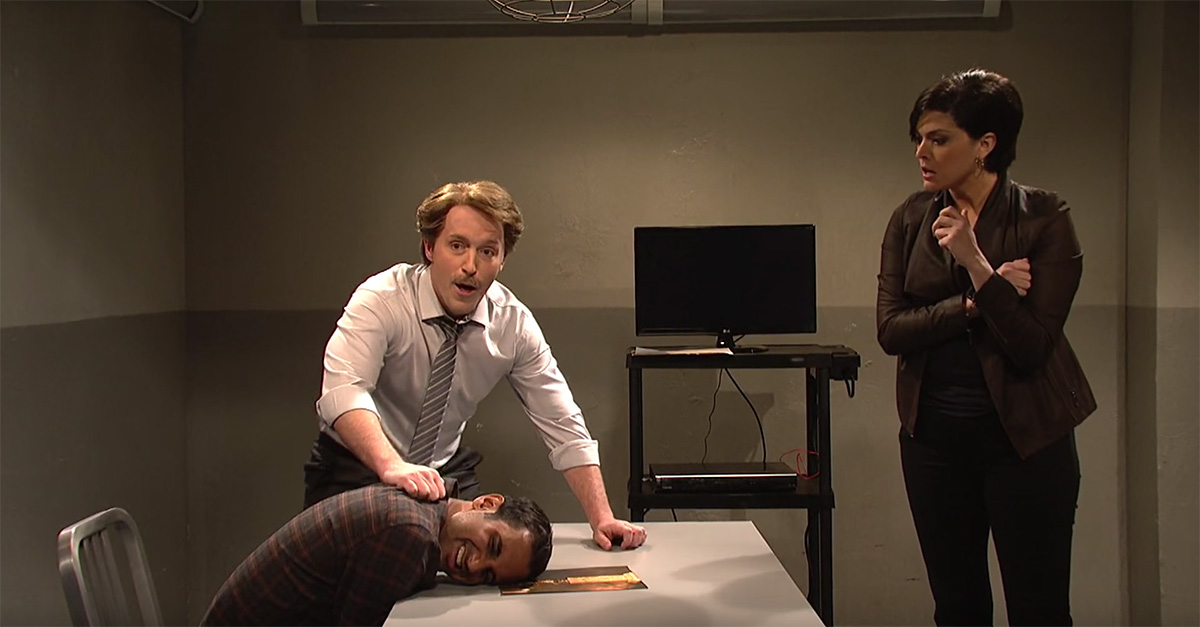 The rise of social media has changed almost everything about our culture, from who we elect for office to how we can order a pizza. It?s also made it near-impossible to voice an honest opinion about a movie or a television show without being read your pop culture Miranda Rights, and this ?SNL? sketch takes that literally.

Host Aziz Ansari sits in an interrogation room, for a reason unbeknownst to him, before detectives Cecily Strong and Beck Bennett come in to play him the concrete evidence for his crime: an under appreciation of “La La Land.” Ansari told a recent date that he thought the movie was good but dragged a bit in the middle, which in 2017 sounds to others like saying Ryan Gosling came over and took a crap on your kitchen floor.

RELATED: The Trump era begins on ?SNL? with a comforting message from ?Putie?

“I mean, I liked it. The singing was good. I guess I just didn?t think it was like, amazing singing.”

RELATED: Aziz Ansari explains how Donald Trump is like Chris Brown with his first ?SNL? monologue

Ansari was more of a fan of “Moonlight,” but, hey, ?Don?t turn this around on us, you sick pervert!?

The sketch wraps up with a new perp being brought in for questioning, Kenan Thompson, who just didn?t “get” “Westworld.” “It?s too slow. I thought the finale could have been the premiere.” Us too, Kenan. Us too.