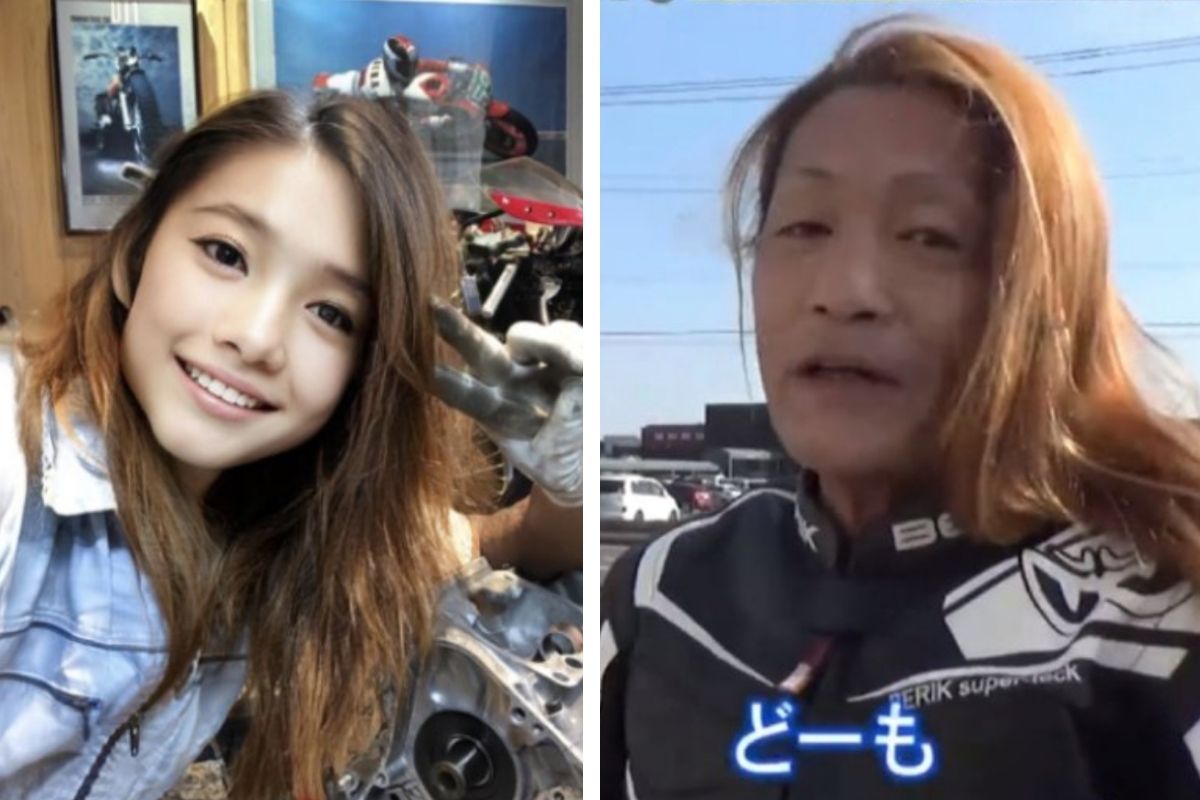 “Never judge a book by its cover,” has never sung so loudly for biker aficionados in Japan than this instance, where a hot female Japanese biker “goddess” turned out to actually be just a 50-year-old man using the photo-editing app FaceApp. The beautiful woman known as Azusa (Twitter user @azusagakuyuki) was already incredibly popular as one could imagine why, but is now seeing even more fame, as her true identity has been revealed.

Azusa gained popularity on social media, with a following of over 18k+ followers on her Twitter account, just from posting selfies and pictures of bikes. The young woman had always kept her identity private and never revealed her true age, until some incredibly dedicated fans caught the reflection of a middle-aged man in the rearview mirror of one of her pics, resulting in a Japanese variety show tracking her down, and discovering that she was actually a 50-year-old man named Zonggu.

Zonggu finally admitted to the plot twist, saying he made himself appear as “a beautiful young woman because he wants to share pictures of him cycling, but ‘nobody wants to see an uncle.'” He added, ?In the past, only a dozen people would like my photos, but now I gained more than a thousand likes,? he said, adding that he enjoyed the feeling of becoming a beautiful influencer.”

Thankfully, he only gained even more fans, as people loved how unique this hilarious story was. And talk about some major photo editing skills that had fooled fans for so long! Normally social media is a cruel world for women, always getting objectified and criticized for their looks. But thankfully, Zonggu is now able to post the truth behind his amazing biker pictures and videos, without going through all that trouble of editing. Beauty does take time, you know.