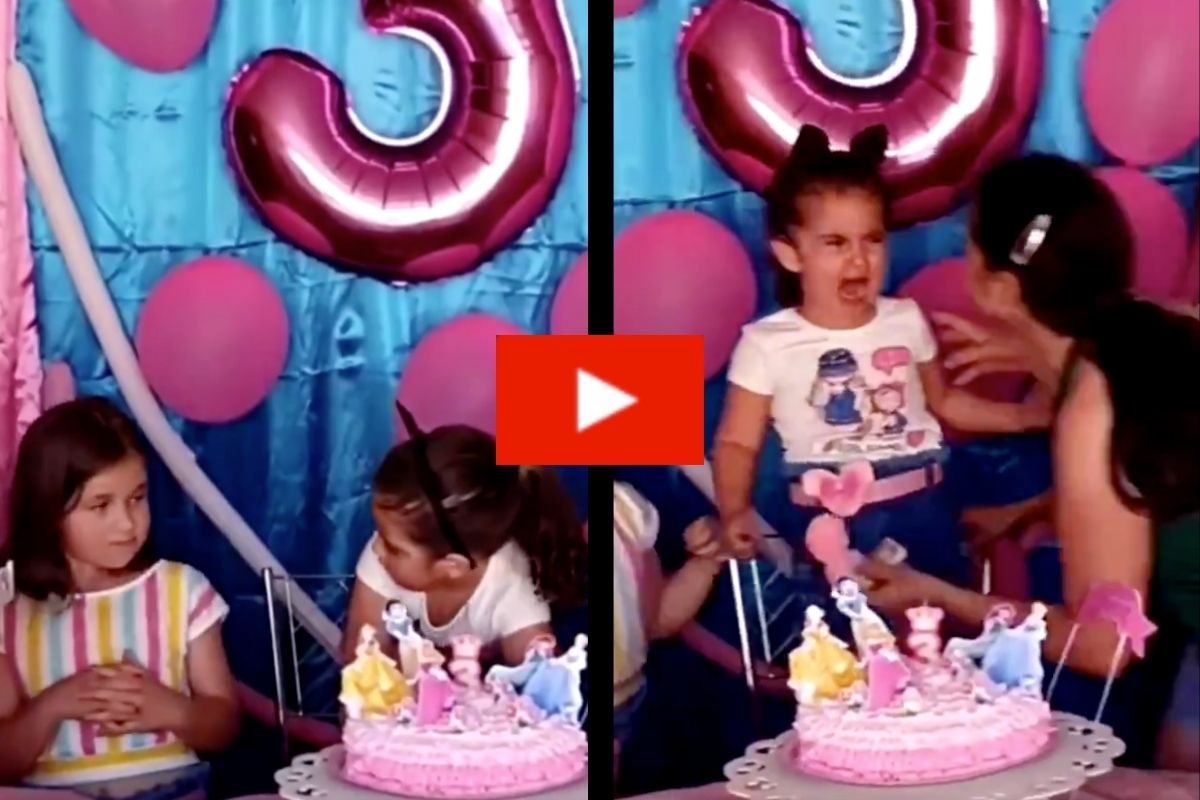 A little girl is now nicknamed “Baby Karen” for committing the most savage crime anyone could commit at a 3-year-old’s birthday party. Baby Karen, as we’ll call her since her actual name is unknown, blew out the birthday girl’s candles before the birthday girl herself could. And absolutely no remorse was shown.

That little girl was about to beat her ass fr. 😂 pic.twitter.com/lJ4hKuVWgX

From what we can see on the Twitter video and the Daily Dot, the birthday girl’s name might be Maria from the birthday decorations. Little Maria looks so excited and ecstatic to finally blow out the “3” birthday candle on her princess birthday cake. But right as her friends and family finish the happy birthday song, Baby Karen swoops in and steals the spotlight, delivering the evilest birthday gift ever to a 3-year-old.

After Baby Karen blows out the birthday candle that was not rightfully hers, she has the absolute audacity to serve the smuggest look and expression to Maria, with absolutely no regret. Maria immediately loses it, but instead of just sitting and crying as a toddler would, she lashes out and grabs Baby Karen’s hair to show her who’s boss.

As all the parents and grown-ups start to panic to separate the two, Baby Karen still has the most satisfied look on her face, not even shedding a tear at the physical violence imparted on to her. Maria is clearly upset and actually goes after Baby Karen’s hair once again, making sure she gets a nice, firm pull before they’re separated for good.

It’s kind of freaky that Baby Karen didn’t even really flinch at getting her hair pulled like that since she was so complacent about stealing Maria’s joy. Hopefully, Baby Karen isn’t going to become the human being that her nickname entails. You could easily see her saying something like, “Whatever Maria, this isn’t going to be your first birthday cake or your last. You’ll have plenty more, so don’t be greedy or ungrateful.”

So yeah, I’m with Maria on this one. Maybe I would beat the living crap out of the person who unapologetically blows out my birthday candles at my birthday party. Moral of the story? Don’t be a “Karen” at any age, or else you’ll get your ass beat.