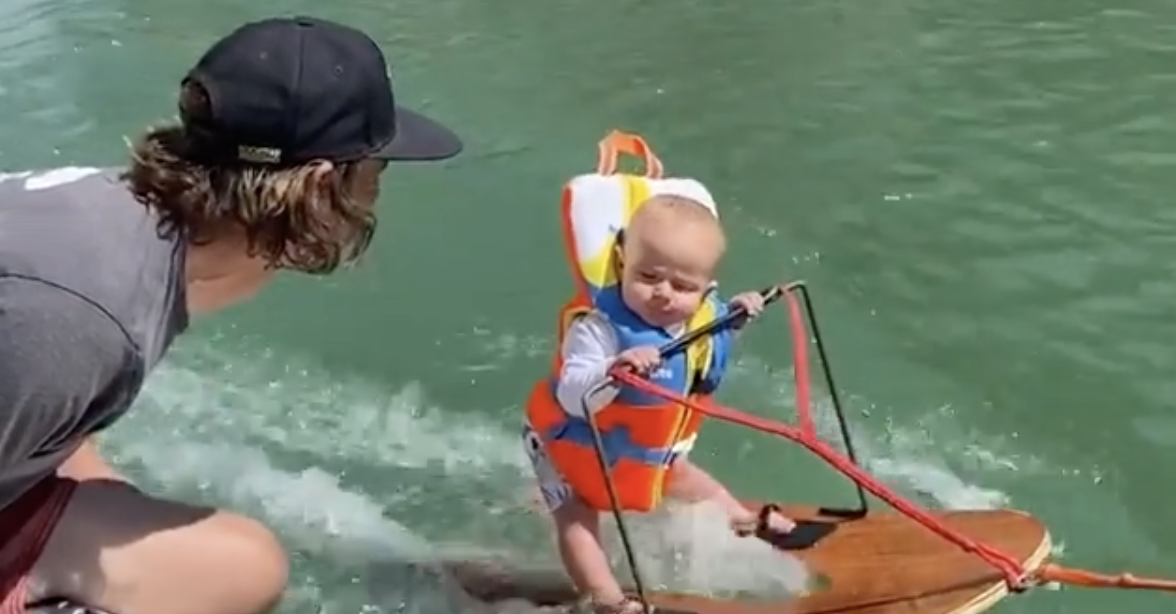 A pair of new parents are under fire from, if we’re being honest here, just some random d-bags on the internet so, all in all, this isn’t really that big of a deal. But still, some parents are being accused of endangering their baby for helping the tot break the world record for youngest water skier ever.

Casey and Mindi Humpherys took their 6-month-old son Rich Casey Humpherys to Lake Powell, Utah so they could help the little guy achieve a world record, like any good parents would. What kind of loser infant doesn’t have a world record before their first birthday? So they strapped him into an infant-safe water ski and bagged the kid a world record.

It was adorable and, honestly, it looked pretty safe too.

After watching this video this might be the most impressive baby I’ve ever seen. I’ve met six month olds. Six month olds can’t do this. Did they glue this kid’s hand to the bar?

I suppose critics are right, this would be dangerous… for a normal, weak baby. But this baby is some sort of god child. A young Hercules. Maybe the second coming of Christ? He is sort of walking on water. We can’t rule it out, though it would have been easier if his wake had turned into wine. But God likes to work in mysterious ways.

Regardless of whether or not this baby is some sort of demigod or X-Man in the making, it’s actually pretty cool that these parents are having fun with their child. And they’re clearly in control the entire time. The boat is going as slow as is possible while also allowing the kid to get up on the baby skis, and the dad is right there. I am more likely to drown in my toilet while trying to pee in it while black out drunk than this kid is to drown.

Rock on, Humpheryses. Suck it, nerds.