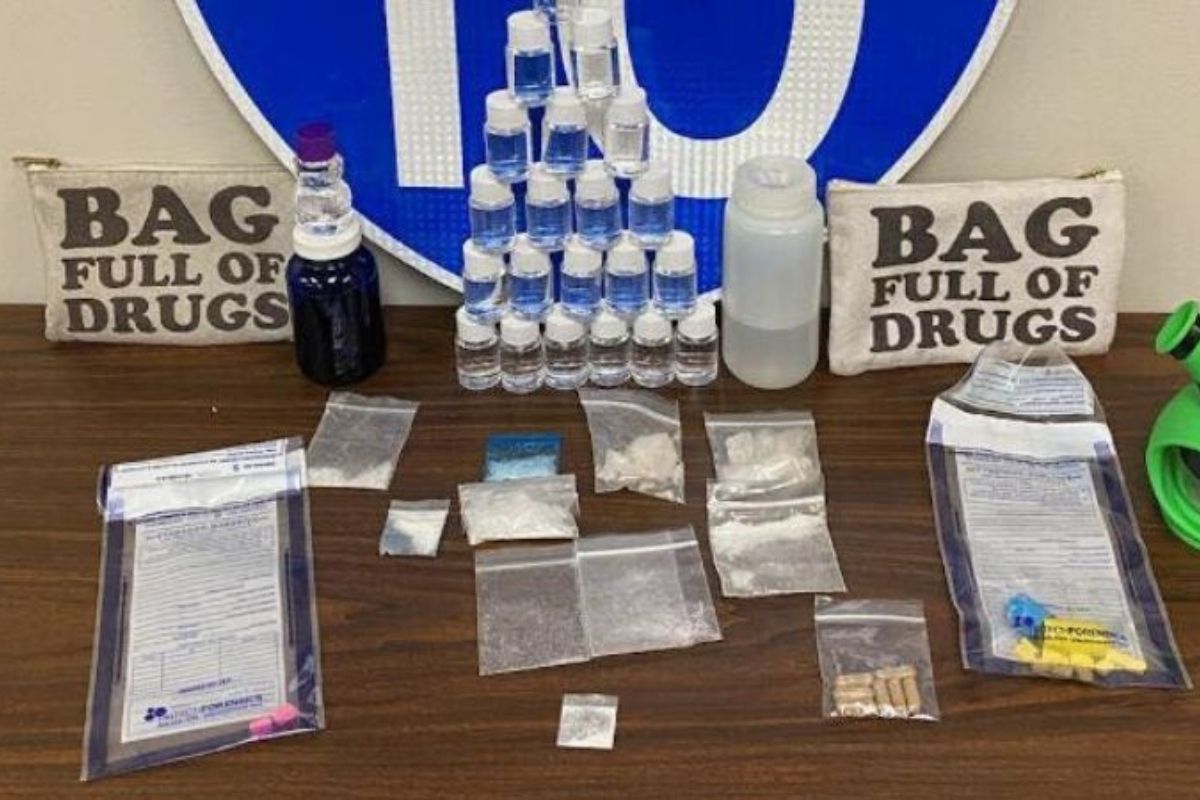 Florida, oh Florida, you never cease to amaze me. Really, these crimes just keep getting better and better that I have made it a daily routine to look up your crimes section on a daily basis. Because these are just gold.

Meet Tweedle Dee and Tweedle Dum, the alleged drug traffickers who could have probably gotten away with their crime, but no, they got too cocky. According to Florida Highway Patrol, two men were definitely not discrete when it came to selling drugs. Which is why they were quickly arrested…for being dumb. Really.

A traffic stop for unlawful speed on I-10 yesterday bagged two drug traffickers and their not so inconspicuous drug paraphernalia. Troopers seized meth, GHB, cocaine MDMA and fentanyl. Thanks to the Santa Rosa County Sheriff’s Office for the assist. @FLHSMV pic.twitter.com/Fu3ASymrtL

Florida troopers had conducted a traffic stop on the vehicle after the men were pulled over for speeding on Interstate 10. Upon searching the vehicle, troopers found a bag inside labeled ?Bag Full of Drugs? which indeed, contained numerous amounts of narcotics. Yup, you can’t make these things up.

The Santa Rosa County Sheriff’s Office was called to the scene and assisted in the search of the vehicle, where they found the men had 75 grams of methamphetamine, 1.36 kilograms of the date-rape drug GHB, 1 gram of cocaine, 3.6 grams of fentanyl, and 15 MDMA tablets.

The Florida Highway Patrol arrest report stated Ian Simmons and Joshua Reinhardt, both 34, were arrested after a trooper determined that Reinhardt was subject of an active felony warrant for violation of probation in Orange County. Jail records show drug traffickers are charged with trafficking in methamphetamine and GHB, possession of drug paraphernalia, and three counts of possession of a controlled substance.

The Sheriff’s office hilariously poked fun at the situation, releasing a statement on Facebook, stating, ?Note to self- do not traffic your illegal narcotics in bags labeled ?Bag Full Of Drugs?. Our K-9?s can read.? Now, I can’t be the only one who thinks this is ridiculous right? I mean, whatever happened to being discrete ladies and gents?

No, I am not promoting the sales of drugs by any means, so don’t come at me. But, all I’m saying is…don’t be dumb, do a better job. It’s surprising to see how confident these drug dealers are getting nowadays. The only thing these two dummies needed was a big gigantic arrow on top of their car reading “PULL US OVER. WE GOT THE GOODS.”

Editors Note: This post was originally published on February 4, 2020.