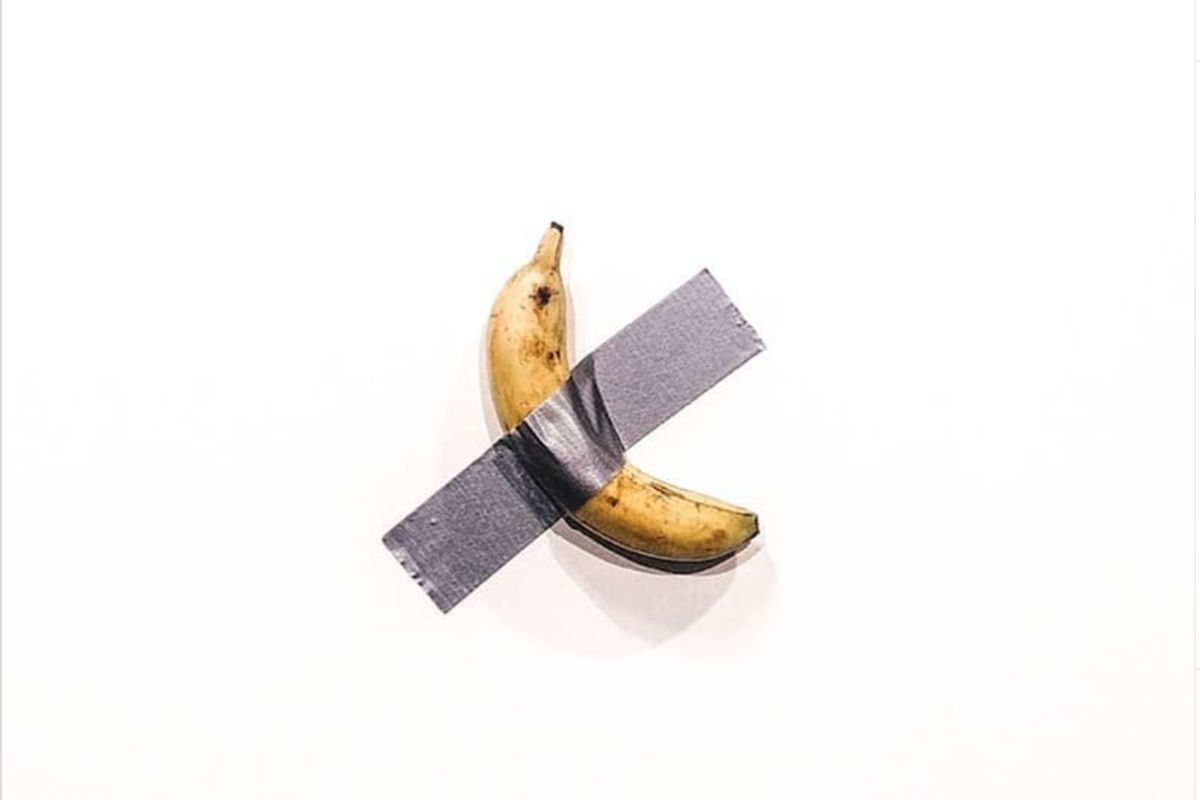 No, seriously, what in the world is going on here? Don’t get me wrong, I am all for art and creativity. I respect so many artists who come up with some incredible pieces. But this is ridiculous. Would you pay $120K for a Banana tapped on the wall? Because that’s what this artist wanted for it at the 2019 Art Basel showcase. The single banana duct-taped to a wall was created by Italian artist Maurizio Cattelan and made headlines around the world.

Cattelan is dubbed Comedian, and his creations are known to bear a cheeky resemblance to Andy Warhols’ iconic 1967 pop art fruit. The work’s first edition apparently came from a local Miami supermarket and sold for $120,000 by Perrotin, an international art gallery. A second edition was sold to another French connoisseur for the same price, while a third edition was said to reportedly sell for a whopping $150,000.

Believe it or not, there have been other editions of the art that was reportedly sold for even higher prices. Art Basel is an international art festival known for innovative new pieces. It is held in three different cities each year in Miami Beach, Florida; Hong Kong, China; and Basel, Switzerland.

Comedian is currently on display at the Galerie Perrotin booth at the Basel fair. Gallery owner Emmanuel Perrotin called the banana a “miracle” and he wasn’t quite sure how it happened. He stated the banana is a double entendre, as well as a classic device for humor,” explaining that they’re vehicles of both “critique and delight.” Apparently, this isn’t the first time Cattelan has made headlines for his art. In September, he created an 18-karat gold toilet that was valued at $6 million and was swiped from Winston Churchill’s boyhood home.

Well, if this taught me anything is that if you believe it, you can achieve it and become filthy rich by selling it something at an art market. The art world is great. Be right back, going to the grocery store and buying an apple so I can tape it to the wall and sell it for $150K.

I live in Austin, I’m sure I can sell it a matter of hours.

Editor’s Note: This article was originally published on Dec 6, 2019.