“Barbie Jeep racing” is a thing, and it’s hilariously awesome 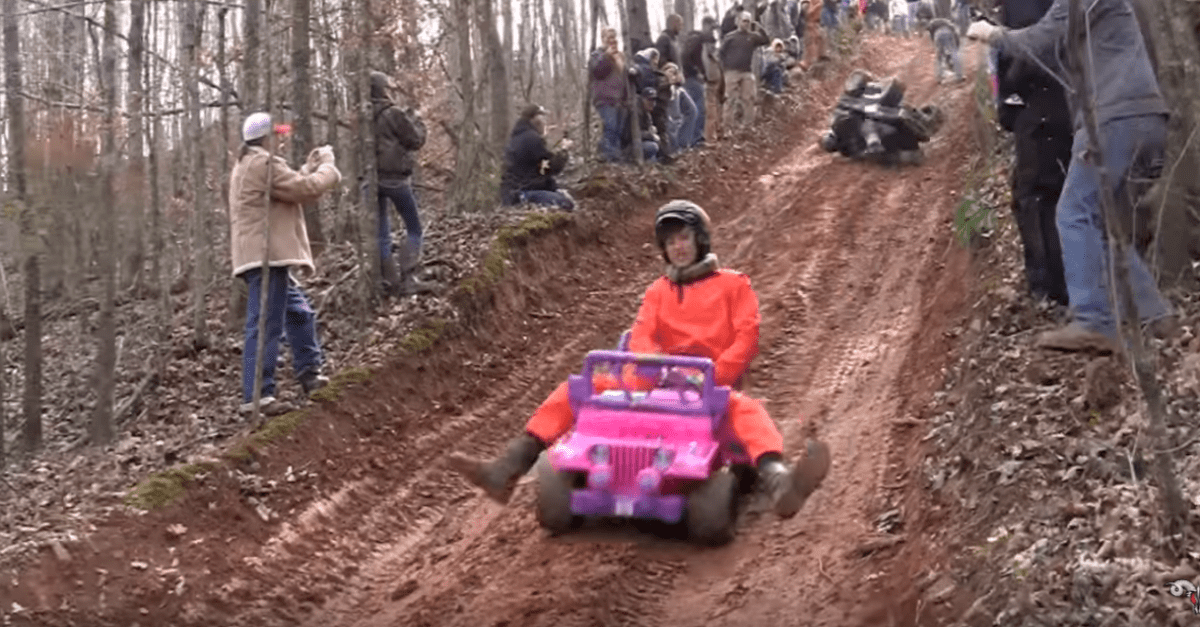 We all remember the Barbie Jeep. It came in a lot of different colors and never really went as fast as we wanted it to.

Over time, they started making Jeeps for boys, as just about every brother was eager to steal his sister’s toy. But, of course, boys grow up and never really stop wanting to play with things.

RELATED: Dad turns Barbie Jeep into this souped-up yard work ATV for his son and it really gets the job done

It’s impossible to say, but we speculate that Barbie Jeep racing was probably born in some backyard where a few grown-up boys had some beers and spotted one of these toys lying around. Over time, it seems to have evolved into an actual pastime worthy of a crowd and a few shoddily recorded phone videos.

In order for a successful Barbie Jeep race, you’re going to need a hill; these things won’t carry a full-grown man very far. The muddier the hill is, the better.

Then just round up a few of these toys and a couple guys who aren’t afraid of crashing into each other. Helmets are optional but recommended.