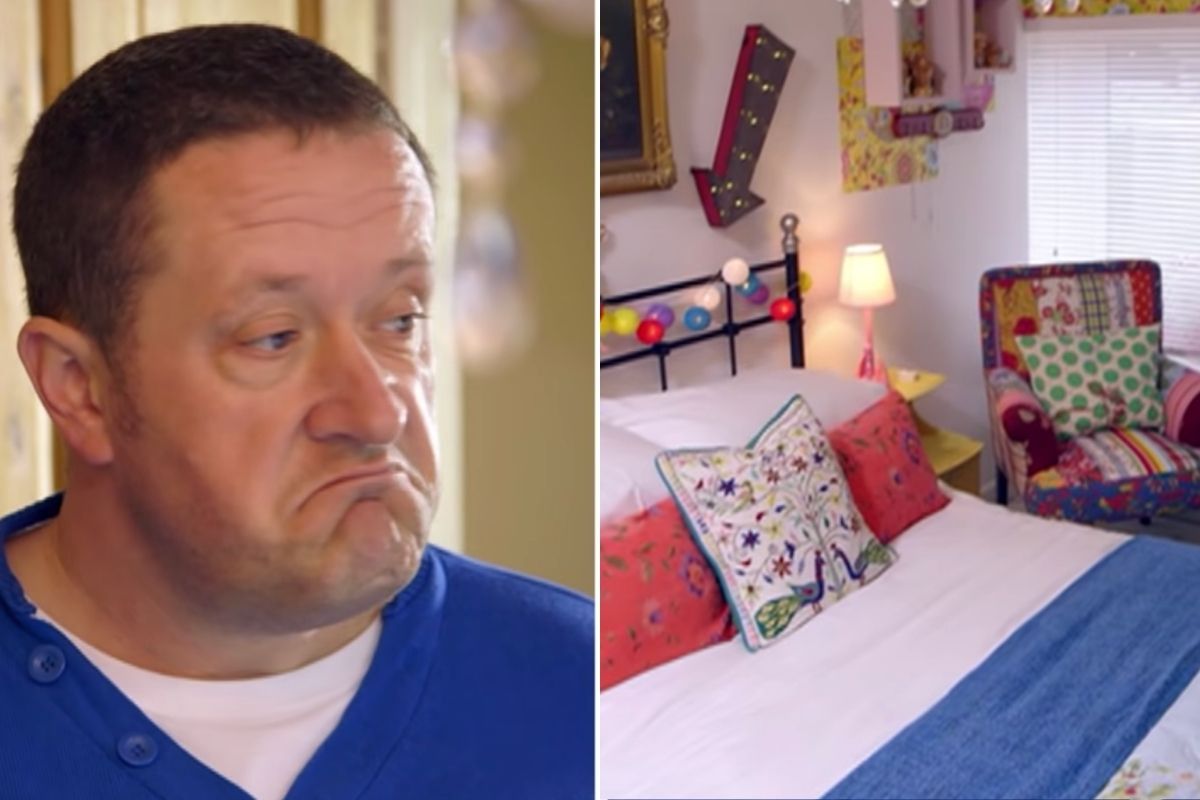 Oh my, I live for TV moments like this. This man is my new favorite person on the planet. It’s no secret that any type of home makeover show is exciting to see, especially if you are into real estate and there is a massive makeover taking place. The best part about these shows is the buildup leading to the reveal at the end of the episode. It’s always fun to see how happy and surprised the homeowners are when they finally get to see what the makeover and the interior design team has done. But not this dude.

The internet decided to bring back this gem, which was originally filmed in 2015, showing the hilarious reaction one man had to the renovation. The video from BBC One’s home improvement show “Your Home in Their Hands,” and well, the homeowner’s brutally honest reaction will leave you laughing for days! Thanks to Twitter user @plinketyplink2, we can now see it. too!

John Geoghegan Is Definitely Not a Happy Man!

Still the best reaction to a house makeover ever pic.twitter.com/up96eoS9mr

She uploaded the video, commenting, “Still the best reaction to a house makeover ever.” Obviously social media went mental, and well, the hilarious BBC Show clip went viral. It has been liked over 44,000 times, because well, I’m pretty sure we’re all thinking the same thing! I just love that he didn’t even bother to lie, and humor the poor interior designer.

Some people are pretty good when it comes to hiding their true thoughts and feelings but nope, not this dude. John Geoghegan was brutally honest and gave us the best episode ever. John and his wife Rachel from Manchester were featured on the BBC Your Home in Their Hands, with the video starting as they are welcomed back into their humble abode. You can clearly see how excited the couple was about the makeover. Luckily, they were pleased when they saw their living room, saying it was different but they loved it. That’s when host Celia Sawyer invited them to their new bedroom, saying that she hoped they would love what she had done.

BBC’s ‘Your Home in Their Hands’

In an instant, the couple’s reaction changed into a mixture of disbelief and disappointment. I have to say, I would react the same way if I saw those bedroom walls and that bright yellow paint with blue furniture pieces. Who told them this was trending? It looks like amateur designers threw up in there. It just doesn’t make sense, you know? So, when asked if he liked it, John responded, “I don’t like it. For me it’s too busy. I wouldn’t have done anything like it and I don’t like it. You’re supposed to be able to go to sleep in a bedroom and it’s like a kids play area. I think it looks horrendous and it doesn’t look anything like a bedroom. So sorry, but it’s a big thumbs down from me. It’s hideous.”

As far as Rachel, well she tried her best to be positive about the whole room, but her reaction doesn’t seem to agree with it. I don’t know man, I have to give it to John for being brutally honest, here. At the end of the day, it is his home we’re talking about. Nobody wasn’t to live in a place that you don’t like. Sorry, Geoghegan Family, it’s the thought that counts, right?