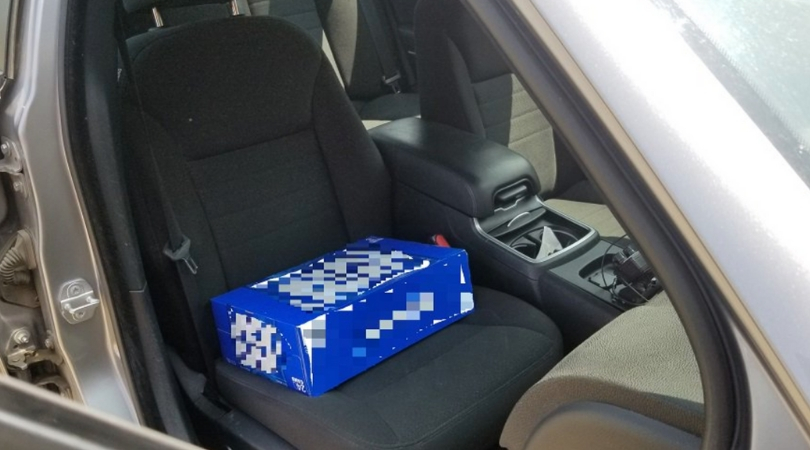 Look, I get that desperate times call for desperate measures. For example, I myself have used an old t-shirt that has now become some sort of rag that I use to clean things with at my apartment. Face it, it?s convenient and you end up saving some paper towels. We all do it. We do these little hacks here and there that will either save us time or money. But what we’re not going to do, is use a 30 rack of Bud Light as a child booster seat because we forgot it at home. That’s not how it works, buddy.

In Canada, Ontario Provincial Police was actually forced to issue a proclamation when a 22-year-old driver from Weddington North was pulled over and charged with failing to ensure a child in the vehicle was properly restrained. The driver had propped his two-year-old up on a case of water…I mean, Bud Light. Now, I can’t be the only one thinking about how dangerous this is, right?

One, because the two-year-old child is literally on a case of beer that is probably hurting him. Two, can you imagine what happens if this 22-year-old driver is to crash? That beer case would automatically fly down to the floor and explode, and that kid would be covered in beer. Plus, the car would be ruined and smell like beer for months! Yeah, something tells me that case of beer and booster seats don’t mix.

I do have to admit that although this is pretty dumb, it’s hilarious. This is such a dad move. He was probably just heading home after going to the gas station and wanted to secure his beer, so he didn’t prioritize keeping the toddler safe. I do commend the driver for attempting to improvise a child booster seat because well, it gave the 2-year-old child those few inches he needed to tie his seatbelt. Still, maybe not the best choice a seat. Maybe a Lacroix case?

The real question here is …where is the beer now?