The dastardly, suave, European, loquacious, accented criminal mastermind is a staple of the action movie genre, one perhaps best embodied by Alan Rickman and Jeremy Irons in the “Die Hard” franchise. While Benedict Cumberbatch has played villains before, he has yet to embody this sort of role, but “Saturday Night Live” gave us a sneak peek of what Cumberbatch could do with the opportunity. But he only has the accent when he’s on the phone with the hero, and his subordinates aren’t really on board with his habit of testing his opponents with riddles.

RELATED: “SNL” punctures the friendly atmosphere of “The Great British Bake Off”

While Cumberbatch puts on an accent and taunts his foes with riddles that they must solve or face death by C4 explosive, one of his henchmen (Cecily Strong) wonders why he has to even give them that chance. After all, he’s already caught them in the trap, so why not just detonate the bomb and be done with it? Cumberbatch, though, doesn’t want to be a common thief, so he sticks to his colorful queries instead of taking the easy road.

That is, until the heroes start answering his riddles too easily. Then he just decides to detonate the bomb. 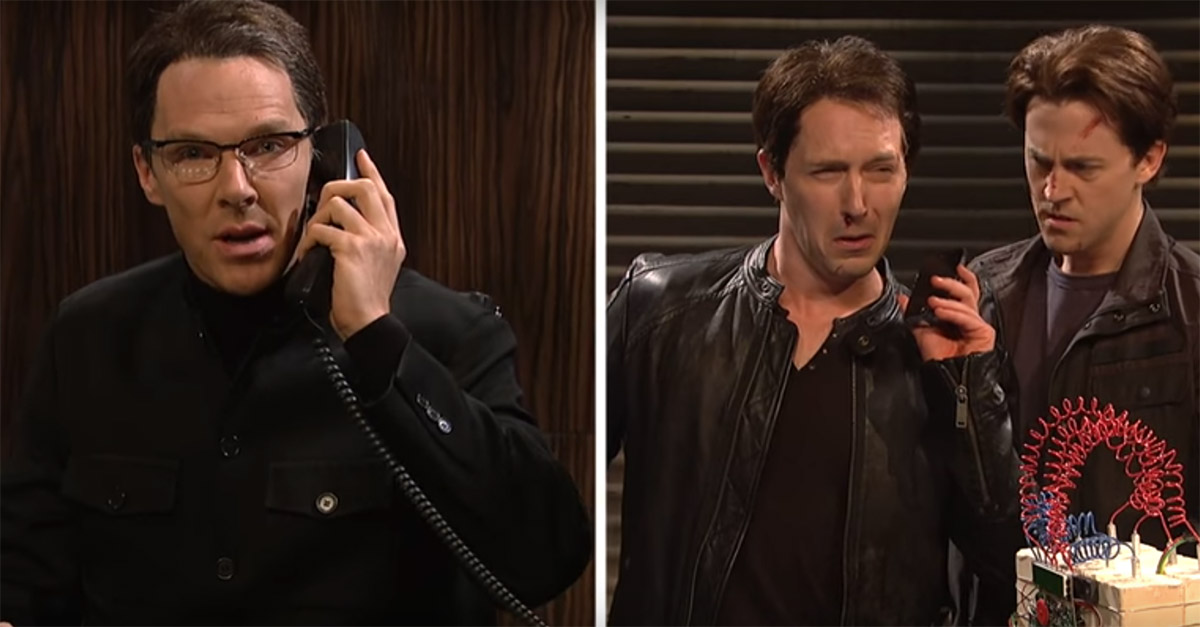