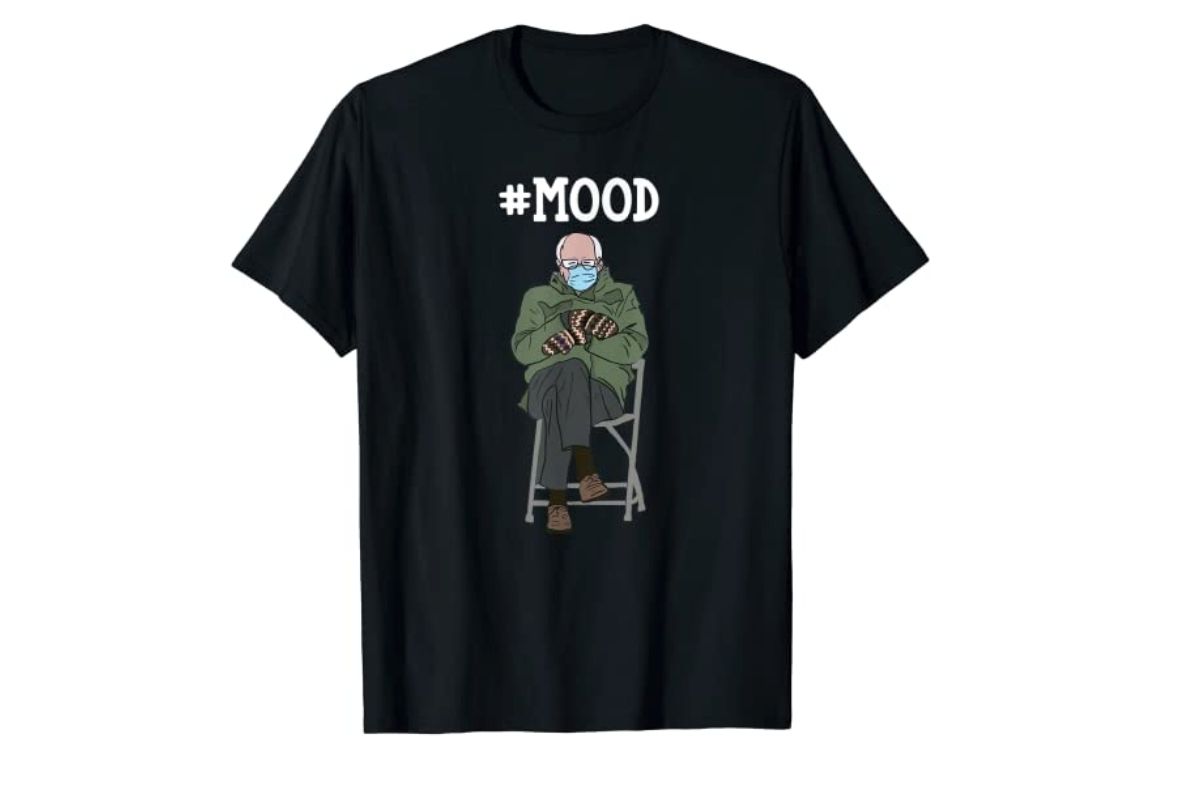 The real star of Joe Biden and Kamala Harris’ inauguration was Bernie Sanders (and his mittens). I’m sure Bernie was ecstatic for our new president and vice president, but he honestly looked like every kid when their parents dragged them to Home Depot. Bernie looked straight up bored out of his mind! Honestly, poor Bernie was probably just cold and trying to safely social distance, which is why he looked so bored.

After the Inauguration Day footage of Bernie Sanders hit Twitter, you already know what happened next. All it takes is for one Twitter user to make a meme for a photo to become trending. Within 20 minutes, my Twitter timeline went from congratulatory tweets to Biden and Harris, to Bernie Sanders memes about his funny facial expressions and mittens.

If you just can’t let the Bernie mittens memes go, then you’re going to love these Bernie gifts.

Okay, I might actually start making coffee every day from home if I get this ceramic coffee mug.

Who wouldn’t want a life-size cut out of Bernie Sanders?

I can’t wait to make this addition to my drinkware.

Your Democrat and Republican fans are going to love this candle. ‘Bern‘ it when you’re not in the mood.