This Belt Buckle Holds Your Beer (And Your Pants) For You 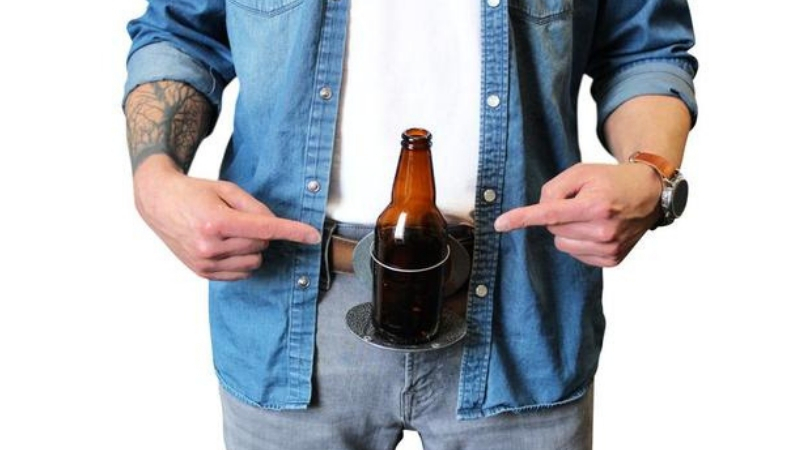 Have you ever been at a tailgate and wondered, “If only I had three hands I could hold my beer, my plate of hot hogs, and stream the game on my phone.” Well, you don’t have to pray and wish anymore. Meet the BevBuckle, a hands-free drink holder that also doubles as a belt buckle. It’s a Texas dream come true.

Considered the world’s first retractable belt buckle, BevBuckle got its start on the popular television show, Shark Tank. On the show the company received a deal from Barbara Corcoran, however, once the cameras stopped rolling, the company’s deal fell through (which is apparently super common with other companies on the show). That didn’t stop the company though. They currently sell the product through Amazon and on their website.

Whether you are attending the holiday game or walking around the party, nothing screams, “Party!” more than a beer holster sticking out of the front of your crotch. I can assure that you’ll be the envy at every single event you wear this to.

The buckles come in 10 different designs including, “Merica”, “Cheers to Beers”, “Rub for Luck”, “Texas” and “Gone Fishin'”. This gag-gift would be perfect for anyone who resides in the great state of Texas. Not only is it an amazing conversation starter, but it’s also an actual buckle that’ll keep your jeans up and not around your ankles. Crack open a Shiner, flip down your buckle, and you are good to go.

The beer bottle holder currently goes for $29.99 and is made out of zinc with an antique silver finish. Beer bottle and belt not included. The buckle ships in the United States as well as internationally for any of your worldly friends who need a bit of a chuckle.