Flashback: Remember When Big Bird Joined the Beastie Boys For This Brilliant Mash Up! 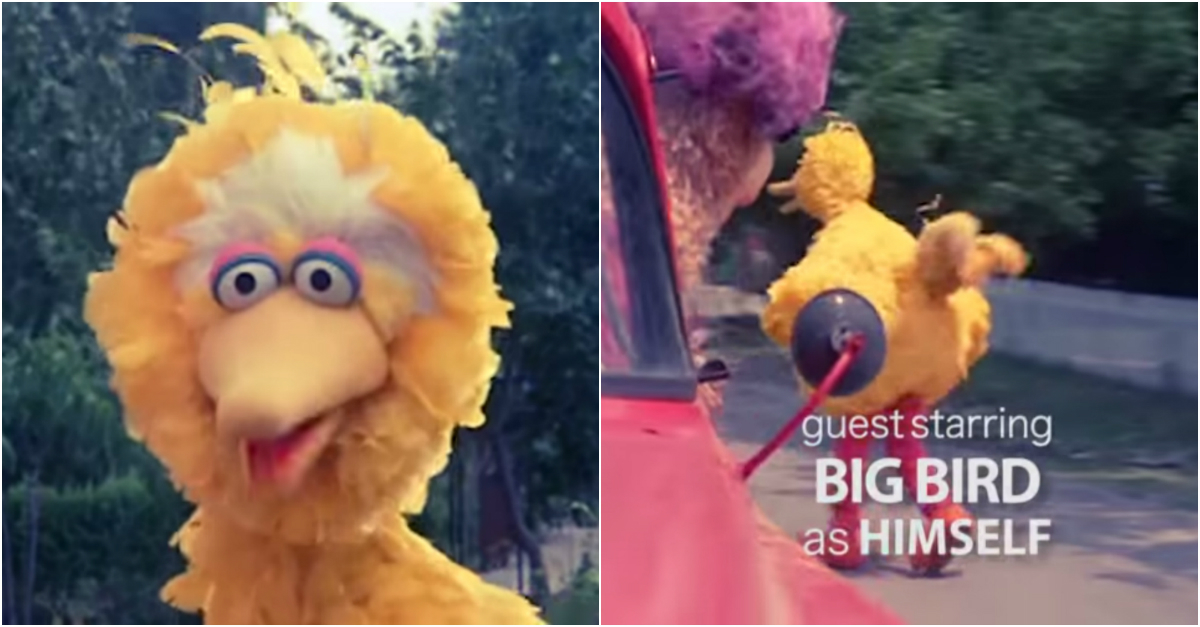 Hip-hop legends, the Beastie Boys, released their hit track “Sabotage” back in 1994, and if the 90s was your era, then grunge fashion, alternative rock, and a rebellious attitude probably ruled your personal aesthetic. On a different note, everyone knows and remembers the long-running PBS kids show Sesame Street, and of course, its iconic beloved big, yellow bird, Big Bird. But could you have ever pictured sweet ol’ Big Bird raging in a “Sabotage” music video?

As hard as that might be to imagine, luckily, Youtube channel “isthishowyougoviral” brought this concept to life in a pretty rad mash-up video. Adam Schleichkorn, the man behind “isthishowyougoviral,” is a Webby Award winning mash-up genius who is known for taking classic tv shows and mashing them up with classic hip-hop songs. He took clips from Big Bird’s 1985 movie Follow That Bird and craftily put them together to the Beastie Boys’ popular hit for an incredibly creative music video he named “Sesametage.” Pretty clever of a title, in my opinion.

If you’ve seen the original video, then you would already understand why this Sesame Street mashup is kind of hilariously badass. It’s an odd experience to suddenly find yourself super hyped up, ready to rage at the sight of Sesame Street characters, but that’s what makes Adam’s videos so entertaining.

“Isthishowyougoviral” has over 93,000 subscribers, and if you watch Adam’s other videos, you can see why. Big Bird isn’t the only Sesame Street character to basically lip sync an iconic hip-hop song. Other music videos include Grover, Elmo, Cookie Monster, and Telly in a lip sync video of the Bone Thugs-n-Harmony classic “Tha Crossroads,” and Bert and Ernie in the Warren G and Nate Dogg classic “Regulate,” and the popular Rick and Morty remake of Kendrick Lamar’s “Swimming Pools.”

Adam has other Youtube channels and social media worth checking out. He has three other Youtube channels, “hiddentracktv2,” “Hidden Track TV,” and “AwesomeAnimals,” and his Instagram is @mylothecat. Be careful though, the mash-up king might keep you sucked into the Internet for longer than you planned.

Editor’s note: This article was originally published on July 6, 2017.