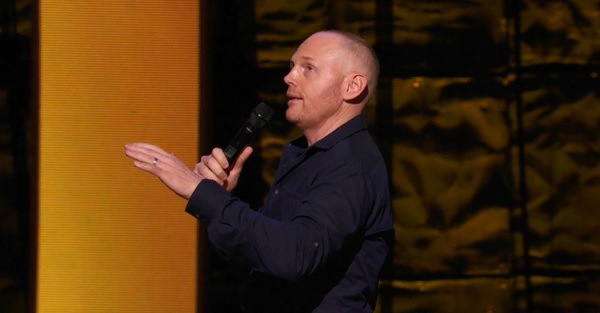 Bill Burr is not a fan of Michelle Obama.

Burr doesn’t personally hate her, it appears. He just hates what the First Lady position has become in American politics.

“You weren’t elected! Shut up!”

Burr wants to make it clear that he’s not trying to be sexist; he just wants the person that was elected President of the United States to be handling things without their partner giving too much input.

RELATED: When Bill Burr started going after this heckler, he quickly realized maybe he should back off

“Let’s say you had a leak in your house. Okay, you call a plumber up, he shows up, and he says ‘Yeah, I think the leak is coming from the upstairs bathroom, I need to shut it off.’ And then, all the sudden his wife walks in — who isn’t a plumber — and say ‘You know, I actually think it’s coming from the outside.’

“Wouldn’t you be like ‘With all due respect, shut the fuck up!'”

Well, he’s got a point certainly.

Burr goes on to talk about Hillary Clinton, who turned her gig as the First Lady into a spot in the Senate. Of course, Clinton is now the front-runner for the presidency, so we will have to see how Burr feels about that. For now, though, we can tell you this: Burr is going to want Bill to kindly shut up if Hillary is indeed elected.