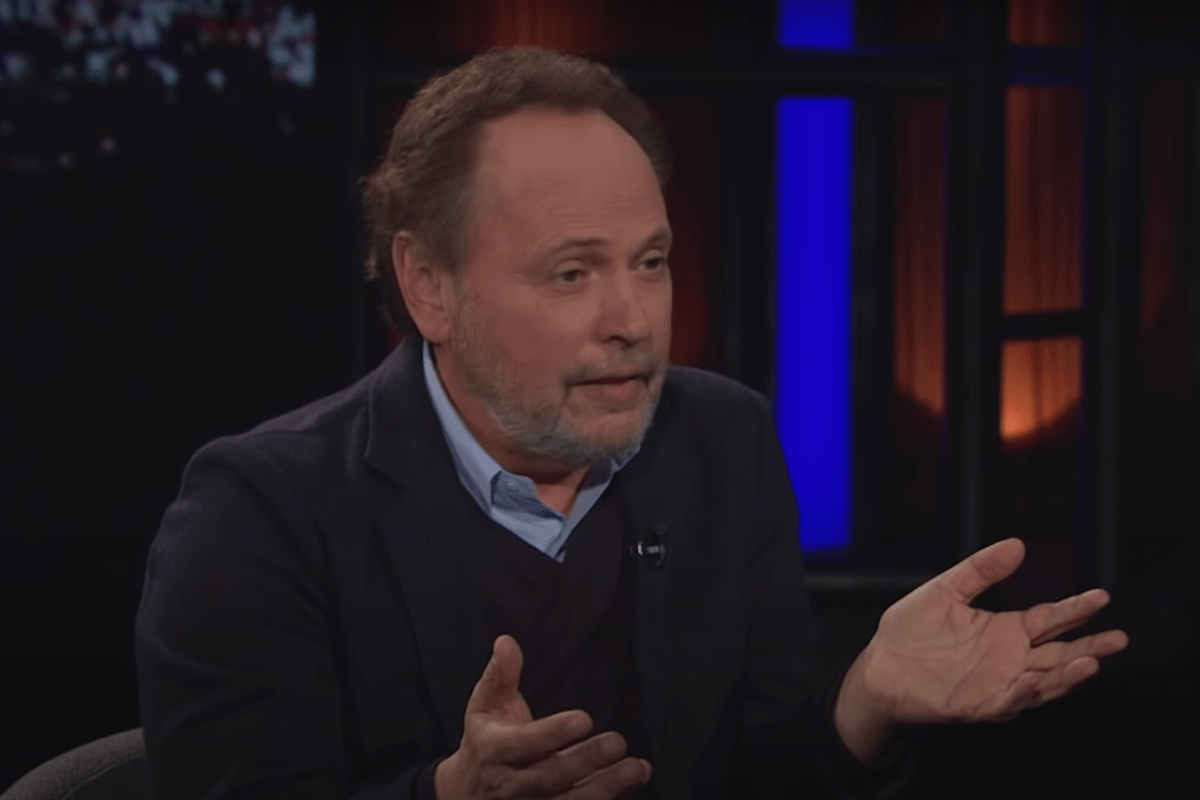 During an appearance at the New York Comedy Festival comedian and former SNL castmember Billy Crystal recalled one of his favorite anecdotes about his dearly departed buddy, arguably America’s all time favorite comedian Robin Williams.

According to Crystal, the Golden Globe and Oscar winner, and Mrs. Doubtfire star, was more than a colleague in Hollywood; he became a very close friend to the Saturday Night Live star, who was often seen at family parties.

When former President Ronald Reagan passed away in 2004, Crystal said he was watching the state funeral when he got a call from a number he believed to belong to the Mork half of Mork & Mindy.

Apparently, Williams, whose stand up comedy is a far cry from his Disney roles and littered with spot-on impressions of televangelists, politicians, rednecks, entertainers, skits, historical figures, and all manner of politically incorrect characters, was also watching and couldn’t help himself. When Crystal answered the phone, Williams was on the other end, but it was (a pitch-perfect impression of) President Reagan making a cameo in Crystal’s day, adding a bright spot of humor on an otherwise morbid afternoon. As far as Reagan impressions go, Williams was incredible. What a yahoo.

“Mr. President, this is quite a coincidence. I?m watching your funeral. Who?s in the box?” Crystal asked Williams.

“That?s my stuntman, Jim McCallister. He did all my football stuff when I played the Gipper. He?s a great guy. I just wanted to take the time,” Williams as Reagan responded.

“I?m calling from Heaven to let you know that everyone?s okay. It?s a wonderful party up here and it?s all going great.

Crystal then asked Williams what heaven was like, to which the former Rolling Stone cover boy responded it was a lot hotter than he could have ever imagined.

“Hotter? Well, sir, you might not be in Heaven,” Crystal said.

“The humidity is making my shirt stick to my ass,” Williams responded.

Now fully committed to the joke, Crystal played along, pointing out to Williams’ Reagan that he may not be heaven, that he may actually be in hell.

“That would explain why I?m in a hot tub and Nixon?s balls are resting on the bridge of my nose,” Williams responded.

It’s hard not to miss Robin Williams with stories like these. Thinking of the impressions he’d do of Trump and other political news coverage in an interview on the Tonight Show or during a Broadway special. Definitely would provide a lot of laughter and the sort of comic relief we need right now. It doesn’t even matter if it’s totally outdated, people would probably happily watch Robin Williams do an entire opening monologue on a TV show that’s just a Ronald Reagan press conference. It’s not the most original content but you know with Williams it’d be incredible.

This story was originally published November 17, 2015.