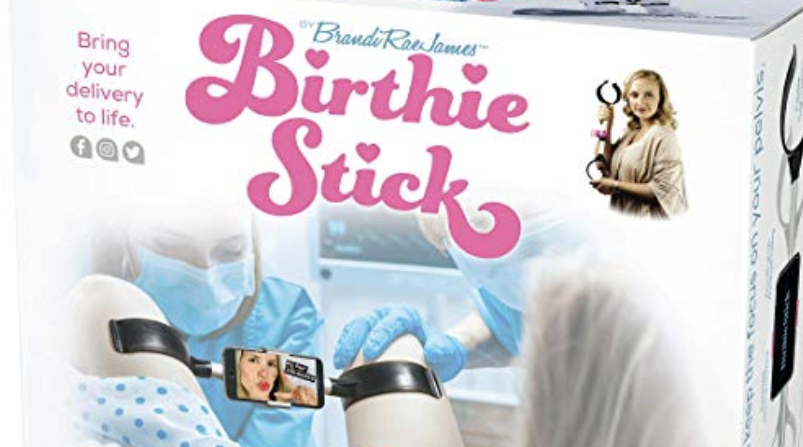 There probably aren’t many people in the world less deserving of being messed with than pregnant women. But, also, funny is funny, and this “Birthie Stick” box is easily the most light-hearted yet disturbing prank you can pull on one of your expecting friends.

Because what pregnant woman doesn’t want their best friend, or brother, or dad, or mom giving them a present that says, “I was thinking about the best way you could film your fully dilated vagina as you pushed out your baby and also a hot log of poo because that happens when you give birth. And, good news! After some searching, I’m pretty sure found the optimal vagina filming tool for you, my friend/sister/daughter.”

The prank is simple. You order the Birthie Stick box, made by Prank Pack, off Amazon. Then you take whatever present you’re actually going to give your pregnant loved one and put it in there. So, then, when they excitedly rip off the wrapping paper they’ll have their Christmas morning turned into a nightmare as they realize their close ones were, in a not so roundabout way, thinking about their privates.

And then they get their real present so it’s all good.

This box is genuinely fantastic. The image on the front is downright troubling. The best part is that you know that somewhere some pregnant Instagram influencer saw this thing and was about to smash the buy button, thrilled that they finally found a fun, easy way to get good footage of bringing a new soul into the world so that they could post it for their followers in all its miraculous, gooey glory. It looks like they’re just going to have to use a selfie stick or force a nurse to film instead. Sad.

Watch: ‘Let Me Out!’: Grandfather Gets the Last Laugh After ‘Waking Up’ at His Own Funeral