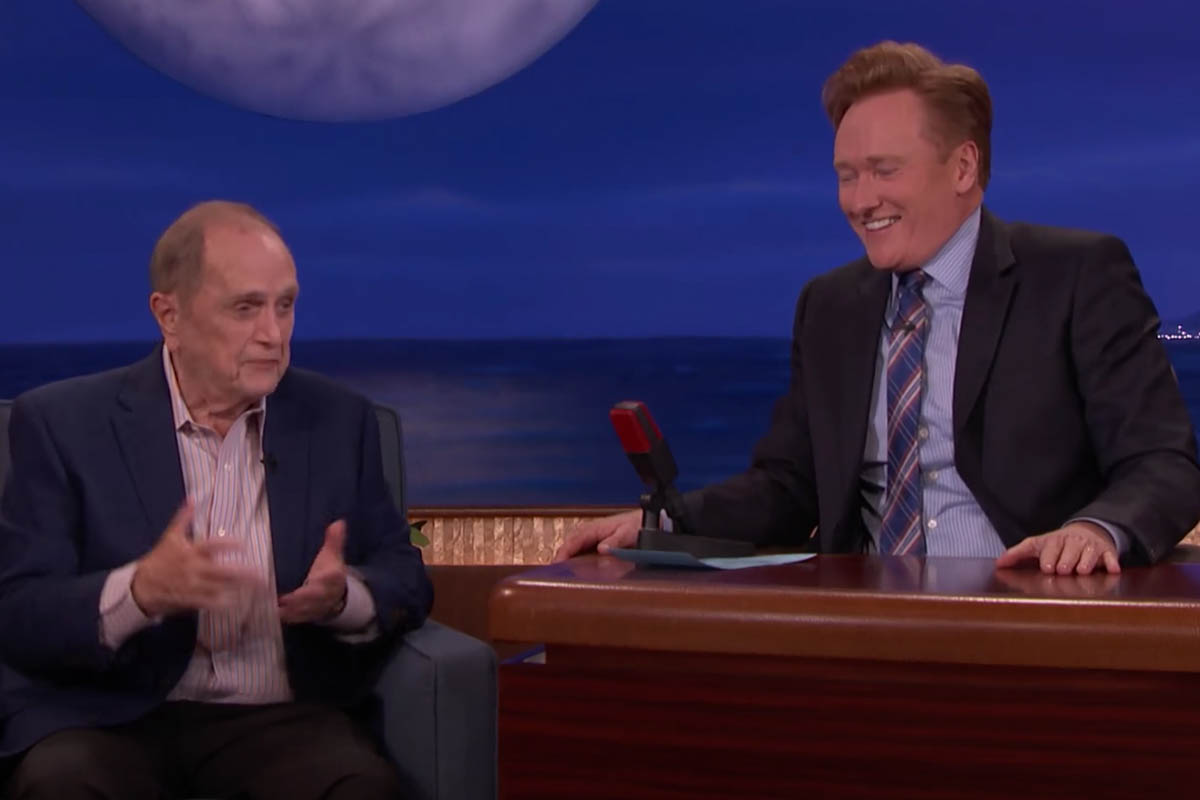 To celebrate the 45th anniversary of “The Bob Newhart Show,” Bob Newhart appeared on Conan O’Brien’s TBS late show to talk about his beloved 1970s TV show and his friend Don Rickles.

Newhart, one of the funniest sitcom stars ever, spoke fondly of his deceased best friend Don Rickles, and shared the story of how the pair became close friends with the late-night host.

Newhart and Rickles were both working in Las Vegas as stand-up comedians. One evening, Newhart and his wife decided to check out the insult comic’s show after having dinner and drinks with Rickles and his wife Barbara. Prior to Rickles going on stage Newhart’s wife went on and on about how “Mr. Warmth” was the kindest man she’d ever spoken to. She was smitten with the New York native.

Then…rickles took to the stage, where he greeted Newart and his wife by saying “the stammering idiot from Chicago is in the audience … with his hooker wife from Bayonne, New Jersey.”

Needless to say, like the audience in Las Vegas all those years ago, the talk show’s audience erupted in laughter as well.

Newhart also discussed getting laughs using his infamous pauses, the writing process behind his first two albums, and the plagiarist who stole his material.

As Conan alluded to, Rickles and Newhart were not exactly similar personalities. Sure both men lived in Los Angeles and were Hollywood comedy royalty who frequented The Tonight Show or regularly joined Jimmy Kimmel on ABC and David Letterman on CBS, but their default settings couldn’t have been more different. Regardless — or perhaps because of this — the pair loved and respected each other for all their lives.

This article was originally published August 8, 2017.

Watch: Jimmy Kimmel’s Tribute to Don Rickles After the Comic’s Death was Unforgettable and Hilarious