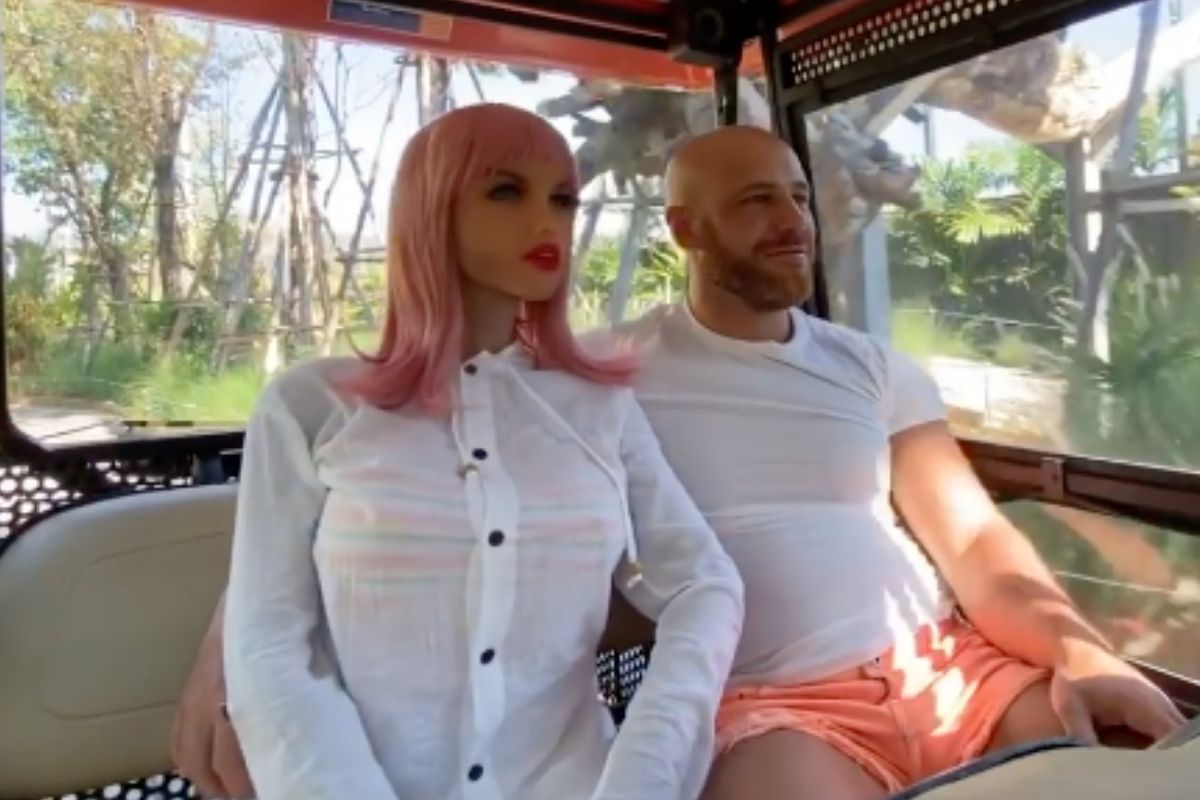 Are we just going to continue to blame the weirdest things that happened this year on COVID?! We’ve seen all sides of people this year, and maybe I’ve been stuck in quarantine for too long, but it seems like the coronavirus pandemic has truly made people crazy. Another example amidst the many situations I’ve witnessed this year is this bodybuilder from Kazakhstan. What happened?

He married a sex doll.

Yuri Tolochko is an actor and bodybuilder from Kazakhstan who recently, shamelessly I might add, just tied the knot with a sex doll named Margo that he’s been reportedly dating over the past eight months. And he’s certainly not shy about it. Tolochko took to social media to post about how happy he is with his lifeless bride. He said in one post of them “working out together, “Couples need to talk less and connect more. With time and experience, Margo and I realized that it takes more than words to have a conversation.”

He then added, “Your partner sure deserves the best, but they have to do their part.”

The “happy couple” apparently met at a nightclub, where Tolochko rescued Margo from unwanted attention. But their journey to marriage wasn’t easy. Tolochko, who identifies as pansexual, revealed to the Daily Star that he was attacked during a transgender rally in the Kazakh city of Almaty on Halloween, suffering a concussion and a broken nose for dressing as a woman to the event. He also gave a little TMI to the Daily Star saying, “Our story turns me on much more than sex itself.”

Apparently, the only requirement for a wedding to happen in Kazakhstan is “that both consenting partners have to be male and female over 18 years old…no mention of whether dolls are included,” according to the Sun. So Tolochko’s wedding ceremony with his sex doll girlfriend is completely legal. I don’t want to judge this “real-life romantic lifestyle,” but I think lockdown has truly made some people lose their minds.

Watch: Woman Calls Off Wedding With Ghost Fiancé Because He “Disappeared”