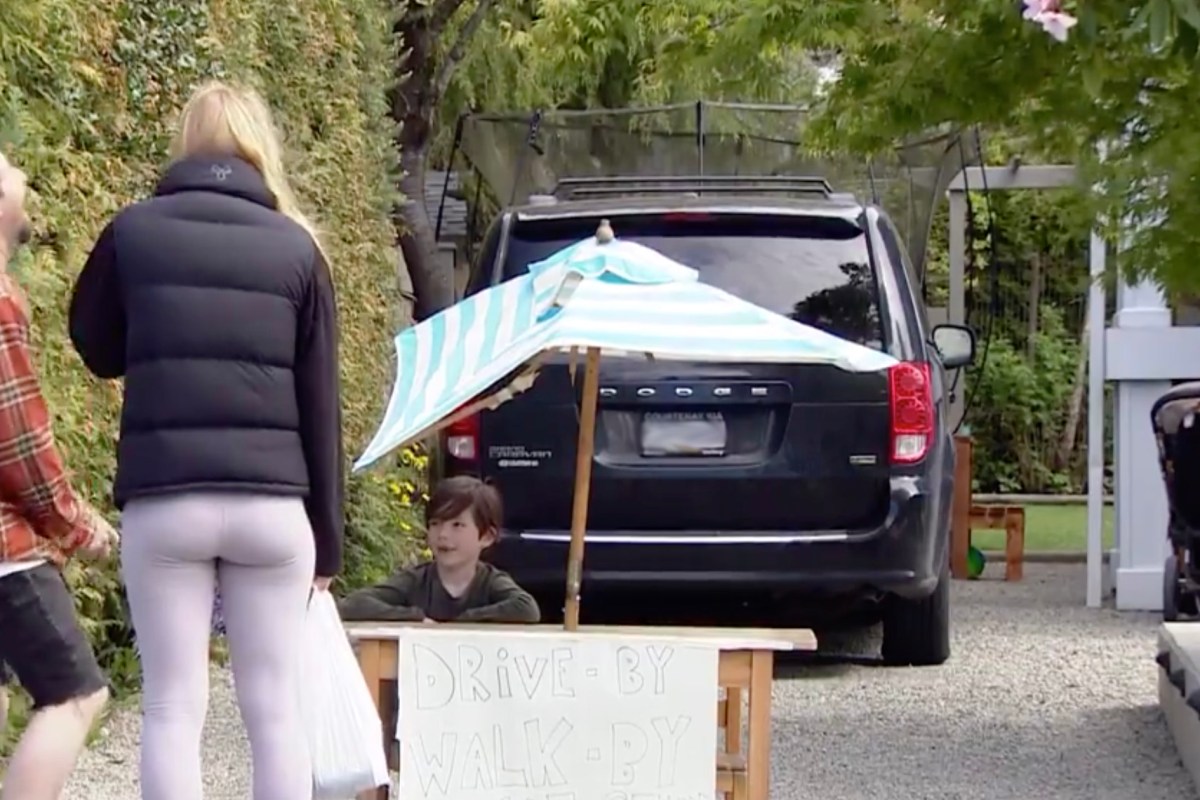 A 6-year-old boy with a whole lot of time on his hands and a joke book filled with laugh out loud one-liners decided to put his budding comedy career to good use by setting up a drive-thru joke stand in his driveway to entertain neighbors during the Coronavirus lockdown.

The Canadian child with an extremely 21st-century suburban name, Callaghan McLaughlin, lives in Saanich, British Columbia. He and his parents decided to set up the stand, so he could tell his jokes free of charge to neighbors in need of a laugh while walking, biking, and driving by.

In need of a laugh during the #COVID19 pandemic? This 6-year-old's joke stand is open for business.

Originally Callaghan wanted to set up a lemonade stand but the boy pulled a little improv and changed the idea to a joke stand so he wouldn’t violate social distancing guidelines.

Callaghan’s mom, Kelsea McLaughlin, bought her son a joke book six months ago and after hearing every joke in the book (probably at least three times) she decided her son could use a new audience. Now he’s kind of, sort of, a mildly world-famous comedian.

The joke stand has been a big hit. Not only did his mom’s post about her son go viral, but neighbors and other Saanich residents have been driving by to hear jokes, honk, and say hello to the town’s newly famous entertainer.

According to his mom Callaghan his loving the attention (what creative doesn’t?) and is totally thrilled that people have responded to his idea so positively.

1. This is, definitely, my favorite story to come out of Coronavirus so far. I hope this kid never stops telling jokes. Meanwhile all my neighborhood has to laugh at is… me, drunk and alone on my front porch not realizing how loud I’m singing along to Guns n Roses’ ‘Paradise City’ because I’m wearing headphones.

2. Hey Callaghan if you have a Twitter delete everything just in case.

Watch: Online Cheating Way Up in Marriages During Coronavirus Quarantine