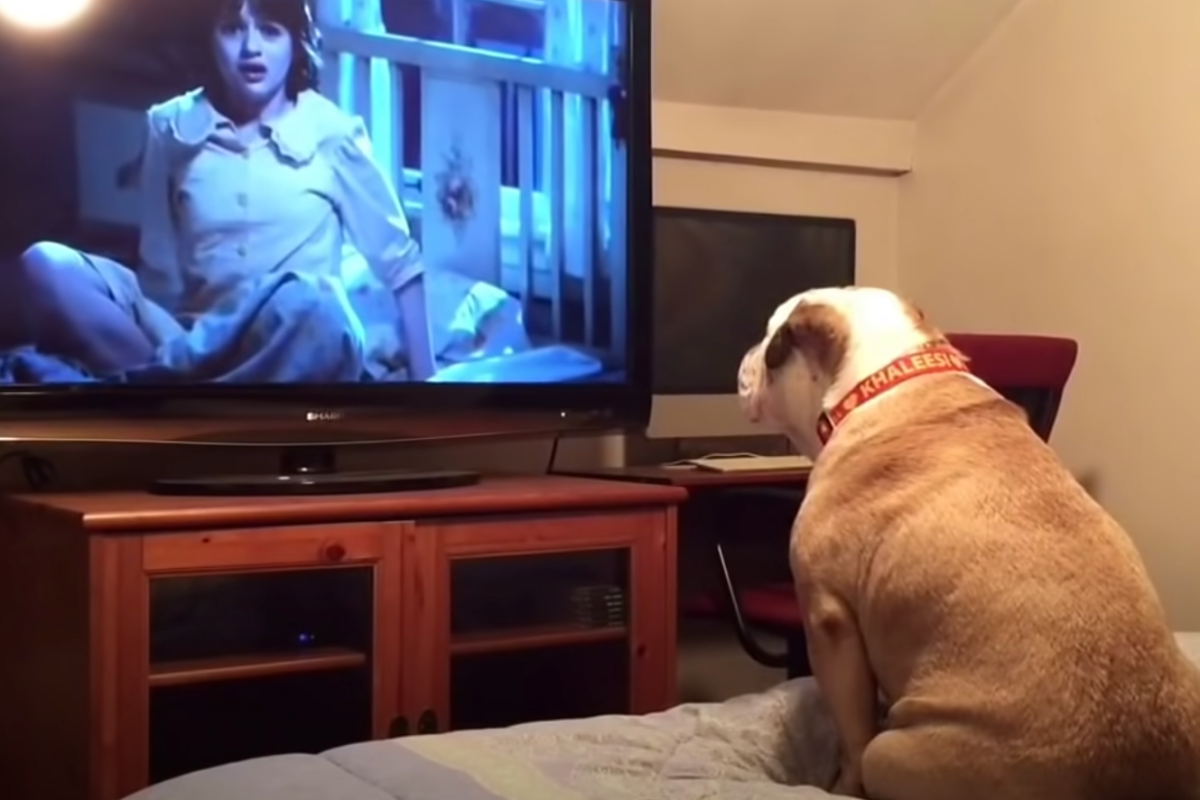 In this particular video from the doggie channel, Khaleesi, an English bulldog is laying on a bed watching the 2013 horror film The Conjuring. She seems to be enjoying it initially, but as soon as a scary scene starts, the dog reacts defensively to the loud noises and ominous music.

The doggo barks at the T.V. not because she’s scared or confused, but because her instinct is to protect the potential victims she sees from harm. All she wants to do is jump into the screen and save the family in the scary movie from the creepy ghosts that are tormenting them.

Undoubtedly this isn’t the first time the pup has tried to save people on the screen or her best friends from a bad guy, though no word on if she also tries to jump into the screen and, say, save Mufassa in the Lion King when the wildebeests are stampeding.

Whether it’s a little dog like a dachshund or a bigger boy like border collie, these pups should be taught to protect their masters from scary movies. Mostly because I would personally like my dogs to understand what zombies, ax murderers, poltergeists, and demons are. I am, somehow, despite being an adult human with a wife and mortgage, still more frightened of those things than stuff like medical bills or getting the right type of life insurance.

Either way, just more proof that dogs are perfect living angels and human beings absolutely do not deserve to be blessed with their existence.

This story was originally published June 6, 2017.

Watch: All Your problems Will Fade Away Once You Start Watching This Crazy Dog Montage