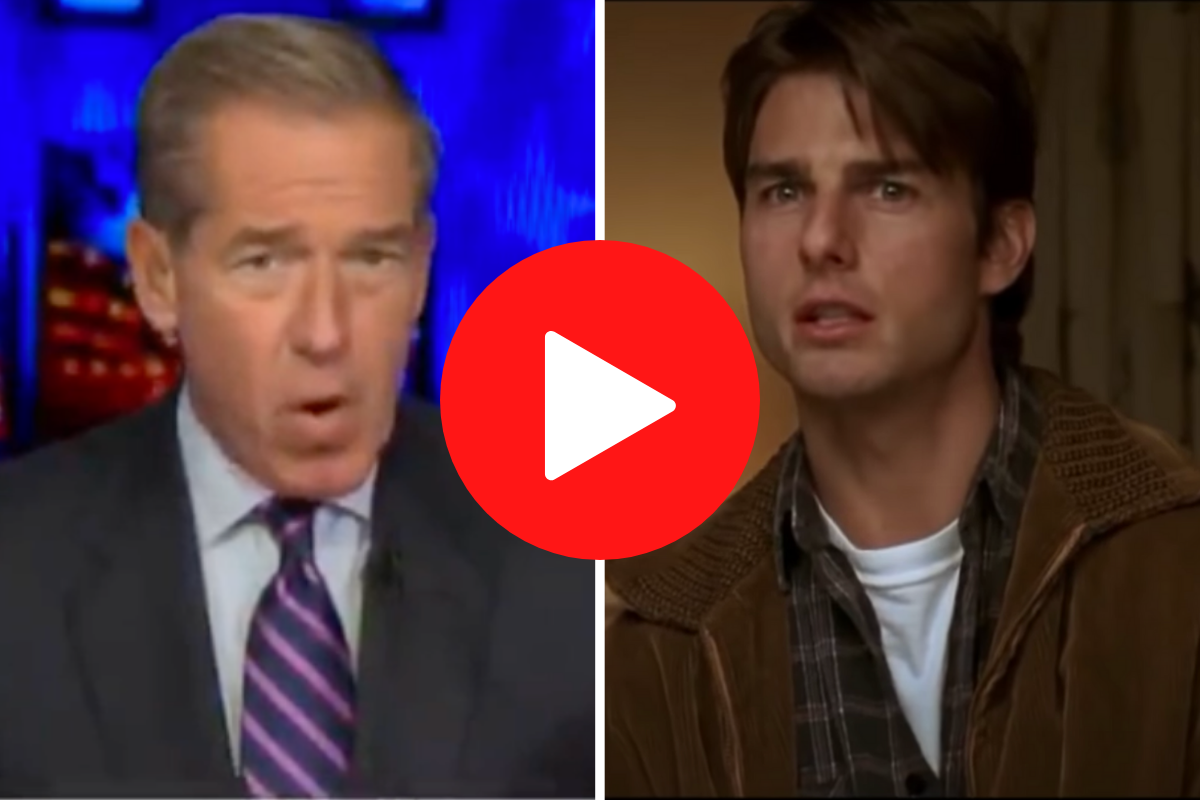 Hiccups on the news will never get old, as you can find many hilarious compilations of things going wrong on live tv. Nevertheless, sometimes those hiccups, whether intentional or not, play in just too perfectly. And for MSNBC’s Brian Williams, that perfect hiccup was the supposed showing of an “exclusive video” of GOP House Minority Leader Kevin McCarthy’s meeting with former President Donald Trump at Mar-a-Lago, turning out to be a clip from the movie Jerry Maguire.

And of course the scene was a famous one. It was the one between Jerry Maguire, played by Tom Cruise, telling Dorothy Boyd, played by Renee Zellweger, “You complete me,” to which she responds, “You had me at hello.”

Jerry Maguire on The 11th Hour with Brian Williams

Williams’ guests Baratunde Thurston and Bill Kristol could not hide their smiles when the clip ended. Williams quickly pointed out the mistake, saying, “Obviously we have rolled the wrong clip and we were sold a bill of goods here.”

Thurston was able to choke out, “Brian I am still recovering from the video clip.”

But the Internet was not going to let this slip away. The clip took off on social media with many sharing the video across platforms. Williams added, ?Someone of course is going to be in big trouble,? and also explained his point that, “you got the leader of the Republicans in the House going down to kiss the ring and God knows what else, meeting with a deposed former president in his under-decorated Florida home.?

The criticisms had stemmed from the debate on whether to hold Trump’s impeachment trial for a second time, as McCarthy led the argument that the former president was responsible the US Capitol riot. However, now that Democrat Joe Biden has entered the White House, his Trump meeting implied that his criticisms had softened, and that he intended to get back on Trump’s good side within the Republican party.

Well, while the rest of the world is focused on the inauguration, the coronavirus pandemic, the NFL super bowl, or even the GameStop and Wall Street showdown with Robinhood, at least Brian Williams gave us a nice laugh.