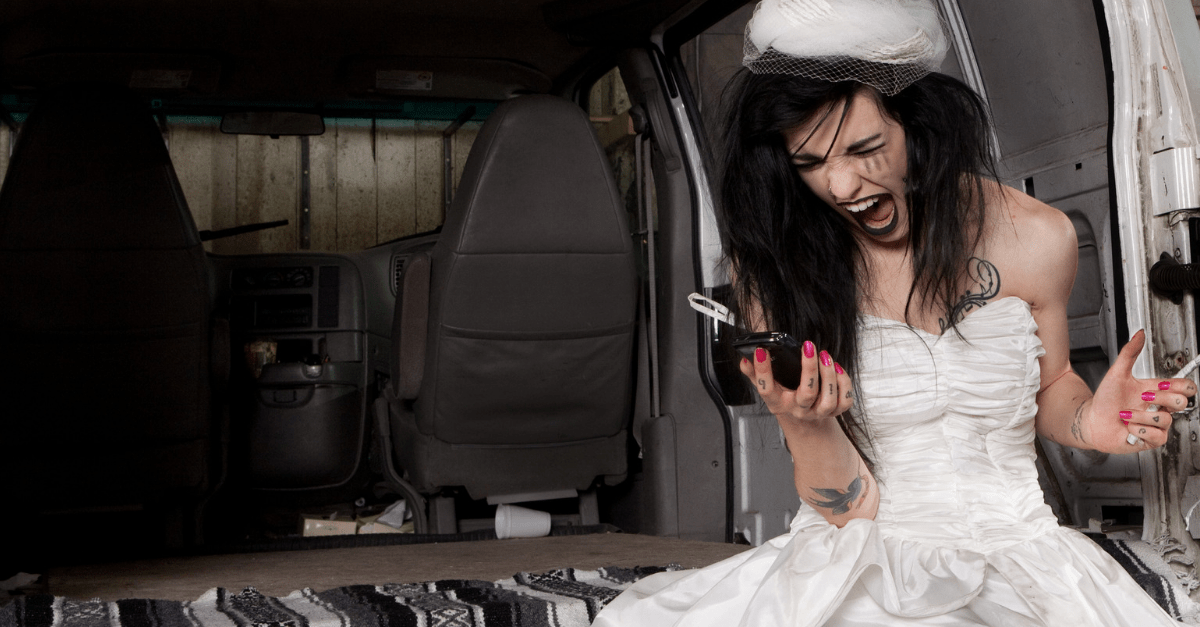 What do you do when the love of your life, who you thought was “the one,” rips your heart out? You rip off his balls on your wedding day. (All figurative, of course. Do not start tearing off the scrotums of adulterers.) That was the route one Australian woman took when, the night before her wedding, an unknown number sent her a series of screenshots of sexual text messages between a woman and her ex.

Though at first the bride-to-be was still set on marrying her no good cheating fiancé, because love does weird stuff to people, a sleepless, anxious night convinced her otherwise. So she decided that instead of simply calling off the wedding, she would hurt the man who she thought was her true love. As embarrassingly as possible. She walked down the aisle, stood up on the altar, and instead of reading her vows she read her cheating fiancé’s texts.

I walked down the aisle with leaden feet, my dream dress now just a costume. As he saw my face he knew this was not an ecstatic woman on her big day, but he had no idea what was coming. I arrived at the front of the room, took a big breath and I faced our friends, our parents and I told them the truth about Alex.

“Your body is fucking incredible. And shit do you know how to use it. I wish my GF had half the skills you do.”

“I miss you so much. I can’t stop thinking about L, S, F’ing you. I’ve never had this kind of connection before.”

“It seems Alex is not who I thought he was.”

A ripple of shock went through the crowd and Alex tried to grab my hands but I put down my flowers to reveal my phone in my hand. I read every single message she sent me. With each word, more colour left Alex’s face.

I let my weeping eyes rise and meet his, and he had not one thing to say.

He stalked out of the church with his best man trailing behind him. His family looked on, horrified.

She read the affair texts in front of their families. My God, what savagery. It’s probably too far, to be honest. Yes, he hurt her immeasurably. But he did it in private. He didn’t bang this girl in front of his fiancé’s mom. You reap what you sow, though. And this guy was doing a whole lot of sowing.

I probably would’ve had the reception though too, as a celebration of honesty. That would be one hell of a party.

Editor’s note: This article was originally published on November 16, 2018.