Anglo-American New York-based sketch duo We Are Thomasse made this clever sketch to commemorate the Fourth of July in 2016. The sketch imagines Britain and America as human incarnations of themselves and portrays what would happen if they ran into each other at a party like a pair of awkward exes.

RELATED: Lose weight fast with an aggressive “Attack Cardio” workout plan designed by one of Hollywood’s most intimidating men

The exes discuss their break-up, and eventually comes to terms with their explosive separation. “We’ll always have World War II,” they say as they decide to remain friends.

After the success of this sketch, the duo decided to make a prequel that depicts the breakup: 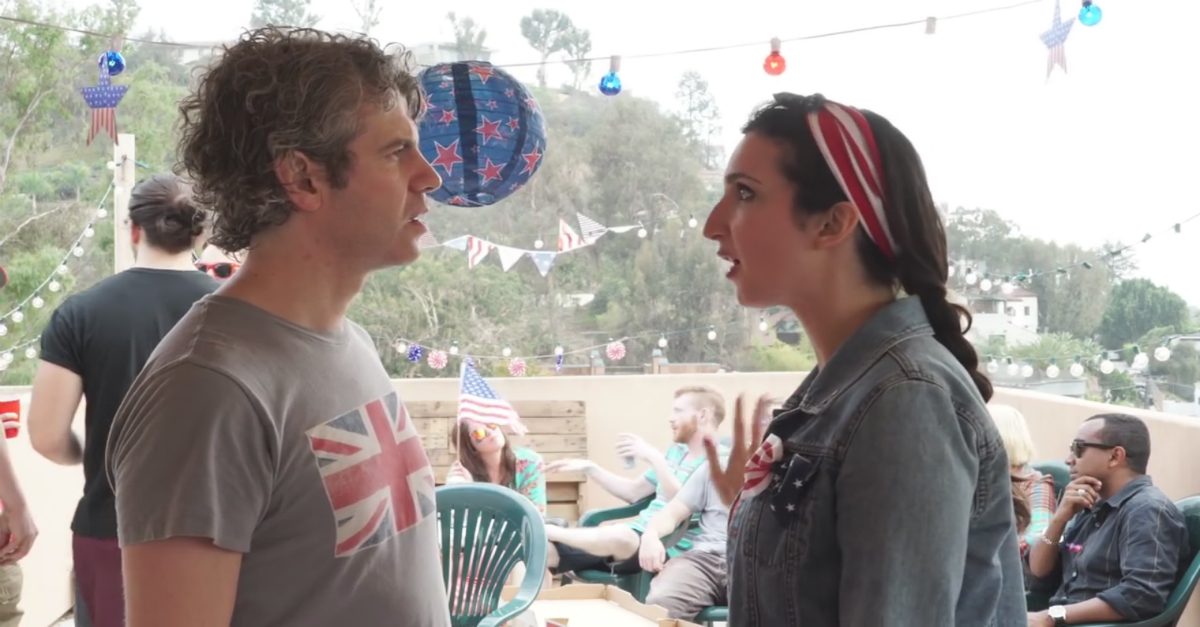