British Airways joined forces with Comic Relief to create this inflight safety video, which features a variety of quintessentially British celebrities as they pretend to audition for a role in the video.

British comedian Asim Chaudhry plays the director of the video-within-a-video and begins by condescending to star of “12 Years a Slave” and Oscar nominee Chiwetel Ejiofor for his lack of safety video experience.

“Well this could be your big break, okay mate? So don’t mess it up,” Chaudhry tells the actor, who has also appeared in blockbuster movies like “Serenity” and “Love Actually.”

RELATED: A foul-mouthed mime flipped out and interrupted a local news reporter’s interview with a police officer

Several other famous Brits, such as as Gillian Anderson, Gordon Ramsay and Ian McKellen, also appear in the video, attempting to explain different aspects of the safety procedure.

The highlight of the video comes at the end, when the brilliant Rowan Atkinson appears and does his always-hilarious Mr. Bean shtick. 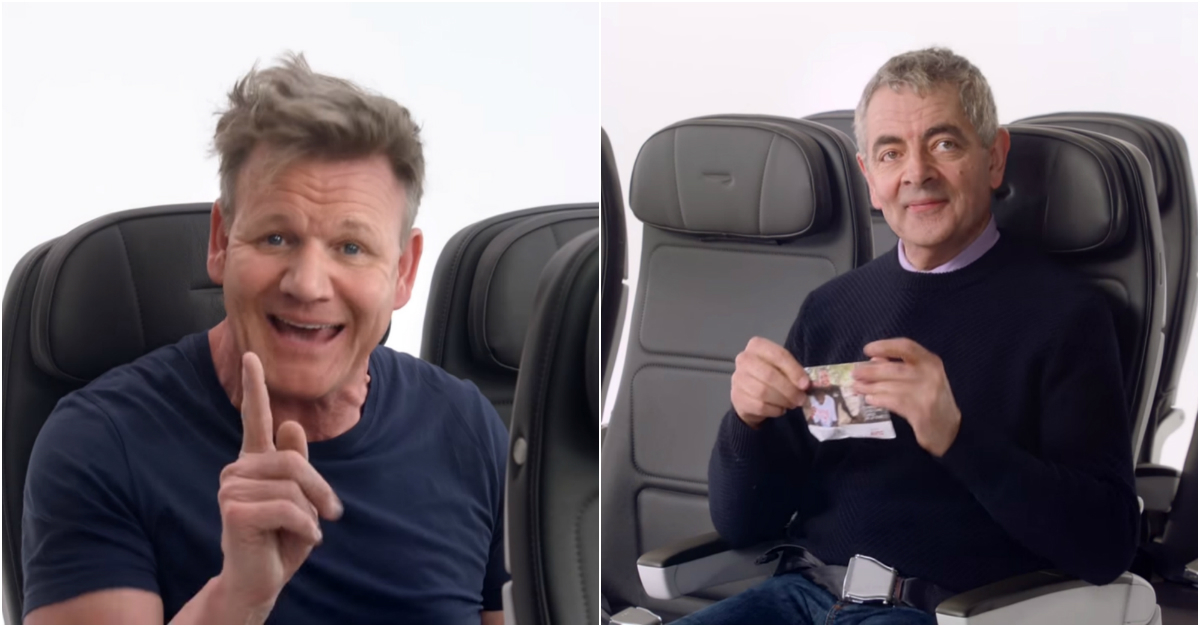