This Valentine’s Day, an unusual retailer is giving consumers the opportunity to spice up their love lives.

Burger King is offering an “adults-only” meal featuring a toy that will come in handy during intimate times. Adweek reported that the meal will come with two Whoppers, two packs of fries, two beers, and a “romantic toy.” It comes in a black box similar to those for kids’ meals.

Whether or not you wanted it, there’s now an adults-only Burger King meal. https://t.co/euzYtkWOeH pic.twitter.com/H7As0gxcvT

RELATED: “50 Shades Darker” gets a wonderful redo with the incomparable Christopher Walken

Unfortunately, the only Burger King locations offering the amorous treats are located in Israel — which is a bit ironic, since Israel is a Jewish nation and St. Valentine’s Day commemorates the death of a third century Catholic priest.

The advertisement released with the announcement featured the typical “sexy-time” music and showed a few of the special treats, which appeared to include a blindfold, feather duster and head massager.

RELATED: The cast of “Whose Line” came up with some seriously witty Valentine’s Day cards

While the deal sounds enticing, it’s important to remember that customers will be making love after downing a Whopper and a beer, and those probably aren’t the most effective aphrodisiacs. 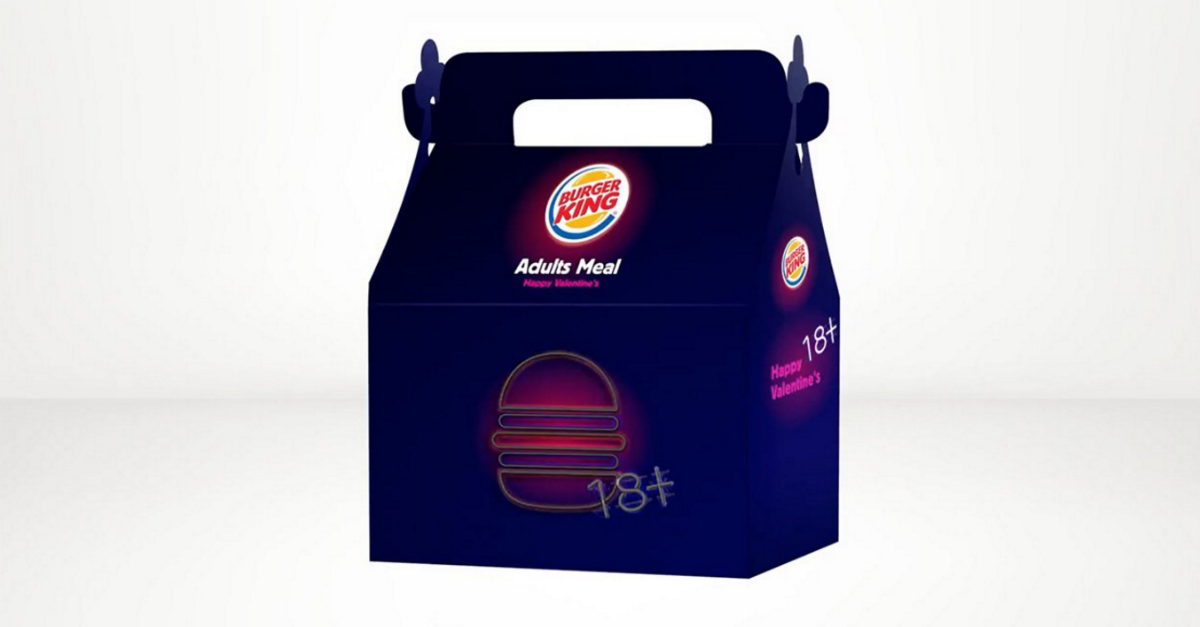