Good News Men, This Soap Is Made With Busch Light Beer! 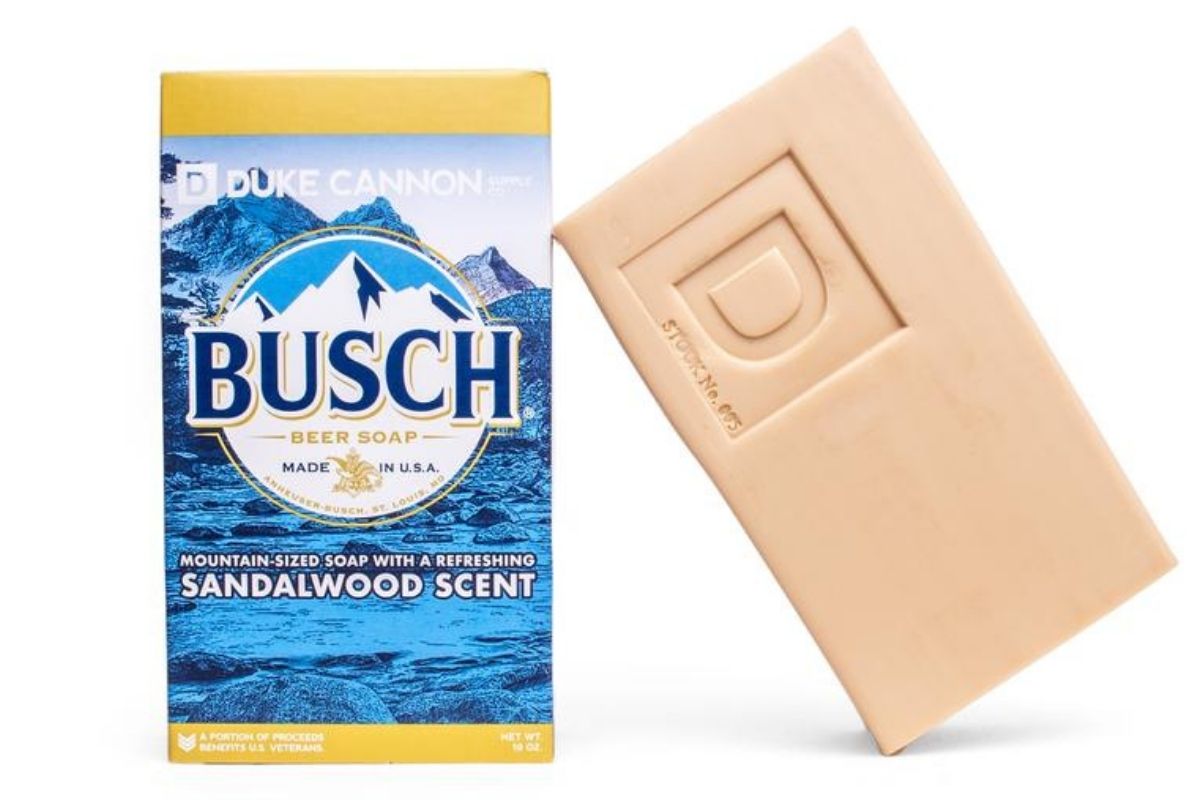 Good lord, what has the world turned into. First, we have candles that smell like a vagina. Then, we have a detergent that smells like Whiskey and Bonfire. NOW. NOW we have a soap that smells like beer. Oh no, but not just any beer. Busch Light Beer. Blah, this is terrifying. Don’t get me wrong, I like beer, trust me. Do I t=drink Busch Light? No, and I have nothing against it, you drink what you want. But to smell like beer 24/7 and actually like to smell like that? HELL NAW. Go away, throw this away.

Apparently, this is what Duke Cannon likes to smell like. Introducing Busch Light and Budweiser soap. Bud Light? Nah, sorry, Bud Fans. The soap bar is only reserved for the King of Beers. Their description reads, “Duke Cannon’s idea of charcuterie is a plate of beef sticks with a bowl of flavored tortilla chips. And then washing it down with a cold, crisp Busch Beer. And then washing that Busch Beer down with a refreshing shower that includes Busch Beer. You see, we added a hint of Busch Beer to this sandalwood soap so you can smell as clear and bright as mountain air. Head for the mountains of Busch Beer Soap.”

The soap is said to be 10 oz., making it two to three times the six of any common dainty soap. And in case you are wondering, yes, the company actually puts Busch Beer in there. Apparently, the antioxidants in the beer help keep the skin extra squeaky clean. The company also offers several other beer-themed soaps including its Big Texas Beer Soap, Big Ass Beer Soap, and Big American Bourbon Soap. for all you exotic beer drinkers. They also have liquid hand soaps, but these don’t necessarily include any beer, you know, because they don’t want people to drink them. Duh

I don’t know man, this is getting out of hand. Personally, I wouldn’t like to smell like beer, I mean, it’s not a pretty good smell. But hey, you never know, maybe someone in your family enjoys the crisp smell of American beer. So, have at it! Get two bars, it will be a unique gift for fathers day for your dad or your father-in-law. I mean, we’re all washing our hands like crazy because of the coronavirus pandemic, so heck. Let’s make it interesting. You win, Duke Cannon. All I ask is that you don’t make Michelob or IPA deodorants, because I’ll go crazy.

Watch: This Candle Turns Apple Pie Into Old Farts, And We Need To Smell It