Gross Challenge Has People Eating Cereal Out of Each Others’ Mouths 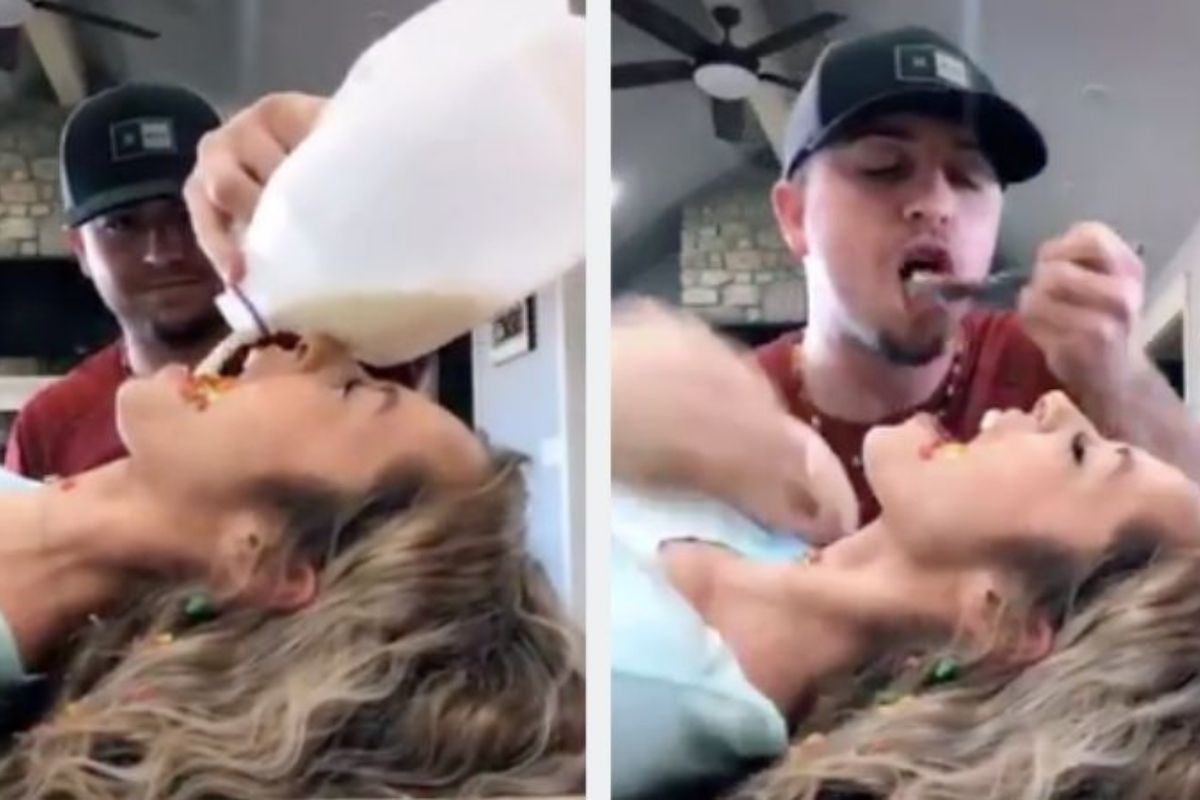 Ew, ew, ew. Some of y’all are so gross, and this definitely proves it! A new challenge is trending online, thanks to TikTok of course, and well, I think it’s one of the worst ones yet. Apparently, people are literally filming themselves eating cereal, but no, not out of a cereal bowl, rather from their friend’s mouths! Yes, I told you it was gross.

Basically, the #cerealchallenge involves one person “acting as a bowl” by literally lying down on a table, and then another person eating out of “that bowl.” The person who is the bowl basically opens their mouth and the other person pours milk all the way to the top of their mouth and then adds the cereal. That person then just calmly eats it, ignoring the fact that the Coronavirus virus is an issue right now.

But, as expected, some people can’t manage to maintain the milk inside, because well, if you’re laying down the milk is probably going to choke you since it’s touching the back of your throat. But, some videos do show people actually grabbing a spoon and eating it so calmly. Which I find insane. I can’t be the only one thinking that eating saliva mixed with milk and Fruity Pebbles is disgusting right? I mean come on, I don’t care if this person is my husband, it’s gross. Don’t do that, y’all, my breakfast cravings are non-existent now.

x1 cannot disband they still havent done the cereal challenge. we need to see seungyul do this pic.twitter.com/PqZ1hsPuVc

So how did the challenge start? Well, apparently no one knows, but this has been going around like crazy on social media. Several social media personalities have also partaken in the challenge, and are sharing on all their pages encouraging people to participate in it. And while some have performed the challenge with no issues, many have struggled to actually go through with it, which is hilarious to see. I’ll be honest, I laughed and went to look for more.

I do have to say that I’m glad it isn’t anything as dangerous as the Tide pod challenge. It’s just milk, which is okay. I will say this, it’s pointless. So much so that people are even criticizing it on social media, because well, at the end of the day one could basically choke or get hurt. Teenagers are coming up with everything these days. I can’t wait for the next TikTok challenge.

Who's keen to join the latest #TikTok trend? #CerealChallenge pic.twitter.com/dHwOS5vuc6

Editors Note: This article was originally published on March 5, 2020.