Charmin Has Created A Paper Roll That Lasts Up to 3 Months! 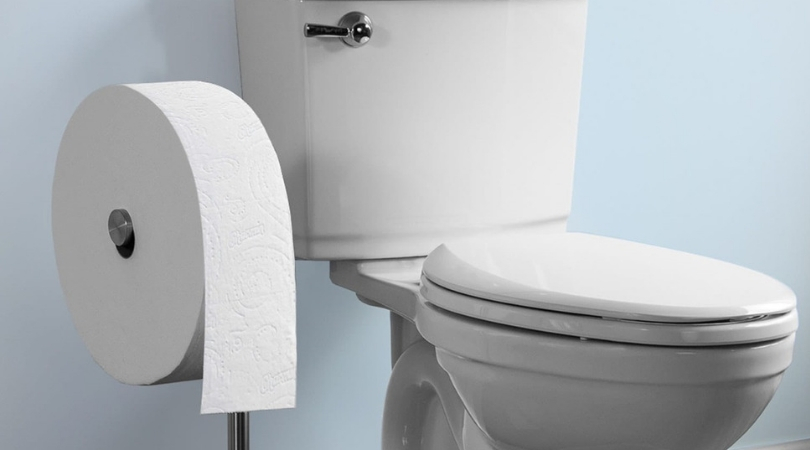 Uh…Charmin, I think you need to hire a new product team to come up with ideas because these are getting out of hand. Turns out, the company has decided to release a toilet paper roll for “millennials” that last up to one month! Because apparently regular toilet paper for regular humans is different from toilet paper for Millennials. Because they are sooo lazy that they can’t manage to go to the store and buy some more when they are done with their pack. PFT. Dang Millennials.

Procter & Gamble Co. decided to create the extra big toilet paper roll that is designed to “appeal to those who live alone” and have limited storage space. Nearly three times the size of a conventional toilet paper, its safe to say the Charmin Forever Roll is massive! Which I think doesn’t belong in your home restroom, rather in a public restroom. But hey, that’s just me.

According to a P&G executive, the role can last up to three months if used appropriately and require half as much space as conventional rolls. The ad reads, “With Forever Roll, you can go longer between roll changes without sacrificing your comfort. It’s super convenient and long-lasting, so you have one less thing to think about!”

P&G created the new “Forever Roll” for two types of single households: the urban millennials and the aging consumers. The roll comes in two sizes, a single user, which is 8.7 inches in diameter or the multi-user, which is 12 inches in diameter. To give you a little bit of comparison, a conventional roll measures ROUGHLY five inches in diameter. Yup, told you, it’s massive! For those of you living in an apartment, I really hope your restroom is big enough to fit these if you decide to order them.

The mega roll also comes with its own hardware including a “starter kit” with a brushed stainless steel roll holder that is either freestanding or wall-mounted. The starter kits with three rolls come out to a total of $29, but you can buy one single roll for $10. Which I think is way too expensive for toilet paper. But if you think about it, three rolls of toilet paper could last for 3 months, maybe even 5 if you live by yourself.  I guess you’re kind of saving in that sense. So, is it worth it? Yeah sure, maybe? Ridiculous? Definitely.