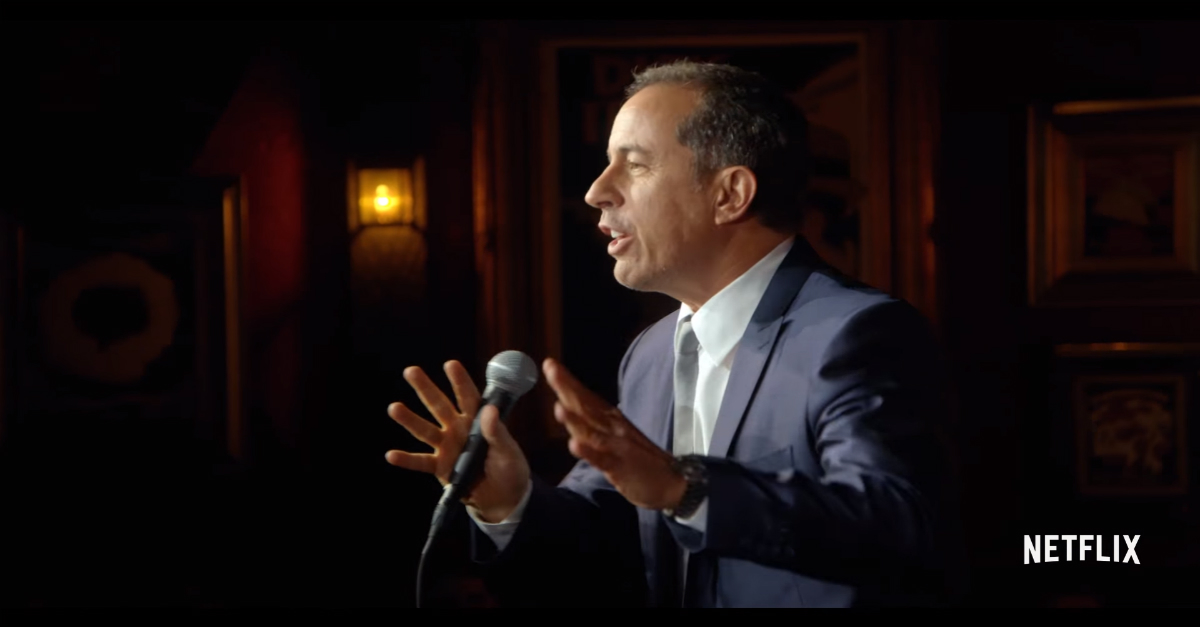 Jerry Seinfeld’s debut Netflix stand-up special will launch next month, and the streaming service has finally released a trailer.

RELATED: Jason Alexander of “Seinfeld” fame discovered a mannequin that looks just like him and George is getting angry

In the teaser, Seinfeld returns to the suburban Long Island house in which he grew up. “Would I have been funnier if I grew up in Peoria in a whore house raised by prostitutes?” Seinfeld asks, referencing the Richard Pryor‘s upbringing. “Absolutely. But this is what I had to work with.”

Check out the trailer, and be sure to watch “Jerry Before Seinfeld” when it premieres on Netlix on Tuesday, September 19th.