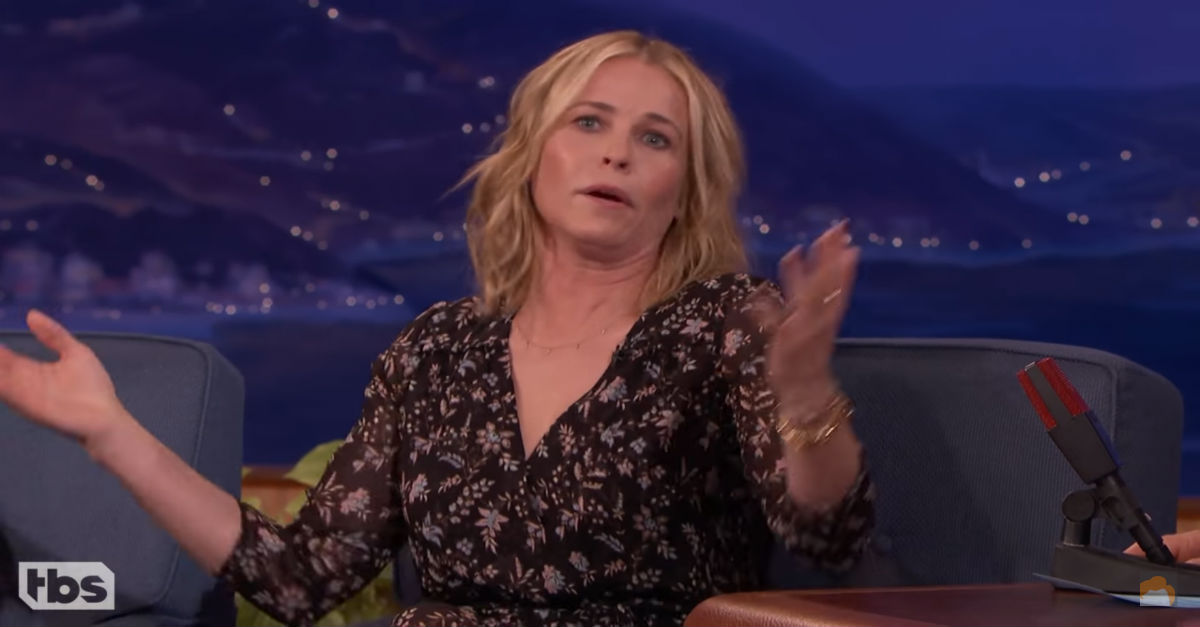 Chelsea Handler appeared on Tuesday’s episode of “Conan” to promote her Netflix show, which returns on April 14. During the chat Handler reiterated her opinions regarding White House Press Secretary Sean Spicer.

“How about that Sean Spicer, baked potato guy?” Handler asked Conan. “It’s just like, he’s so stupid. He can’t possibly be that stupid naturally.” She went on to mention that she believes President Trump is whispering in Spicer’s ear prior to every daily press briefing, “Say something about Hitler. And the holocaust, say something about that.”

RELATED: Chelsea Handler has a theory about Sean Spicer’s bowel movements that explains his constant tardiness

She also repeated her claims that Sean Spicer’s erratic behavior is largely due to a chronic stomach illness. “And then Sean Spicer is in the middle of diarrhea, pulling his pants up, and he has to go out there and just lie over and over and over again,” she said.

Conan then asked Handler to explain her issues with the President’s daughter, Ivanka Trump. “That she’s in that family,” Handler told the host. “That she hasn’t divorced herself publicly from her father. As a woman, I would never let my father run for president, knowing what I know about my father.”