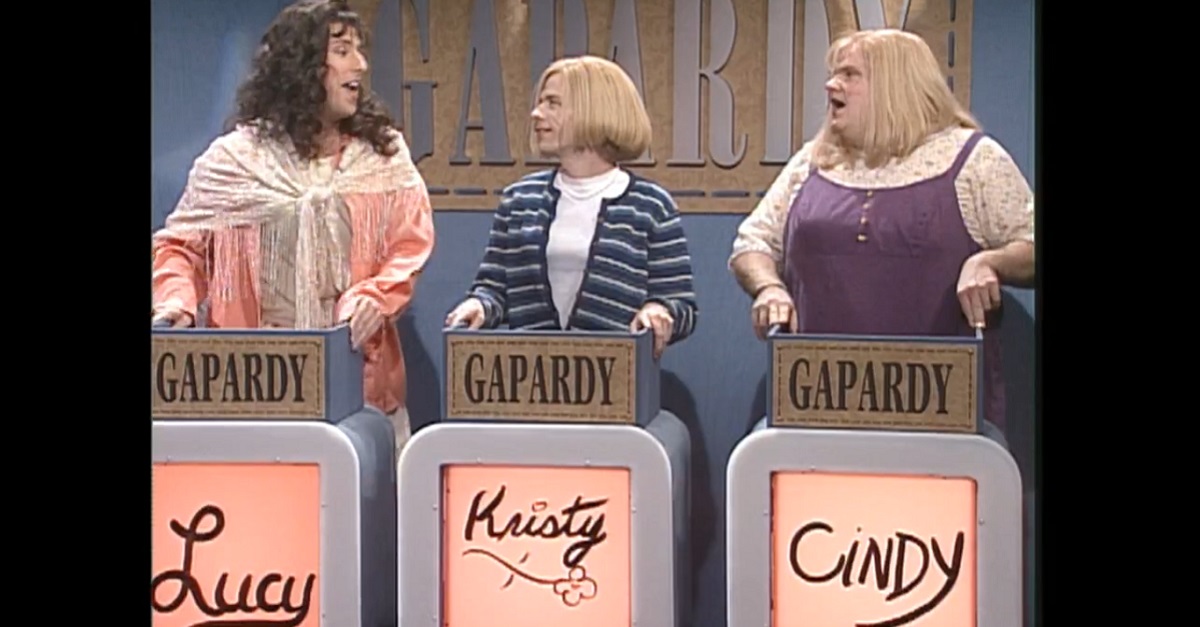 When you think of “Jeopardy!” and “Saturday Night Live,” the first thought is usually the celebrity version with that dastardly Sean Connery.

Well, 20 years ago, Chris Farley and his pals Adam Sandler and David Spade helped put their own unique twist on the trivia show, titled “Gapardy”.

The scene features Sandler, Farley and Spade all dressed in drag and acting like employees from a local GAP store. The host, Courtney Cox, seems to not care for their shenanigans at all, but the three male stars do their best to work through the game.

To no one’s surprise at all, nobody actually won. They had to settle the score with a game of rock, paper, scissors, which resulted in Spade’s blonde character heading for the bonus round.

Anyways, really David? Scott Baio? Come on, you could have done better than that, sweetie!