Back in 2004, with the invasion of Iraq still a recent event and the War on Terror in full swing, Chris Rock was recording for his comedy album “Never Scared” at DAR Constitution Hall. Rock wasn’t about to let the polarized political climate of the day pass without comment; he had a classic bit about it that resonates today.

Rock went off on the fearful atmosphere in the country and the tendency of people to side with their political tribe without thinking for themselves.

“The whole country’s got a fucked up mentality. We all got a gang mentality,” Rock said.

“Anyone that makes up they mind before they hear the issue is a fucking fool,” he declared.

Rock called for people to think for themselves and to question why those in power in the media and government would tell them to be afraid of certain people or groups. In our current trying times, it’s worth remembering that constant terror makes us more likely to go along with policies that should set of alarms in our heads. 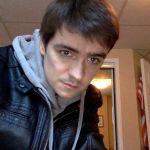